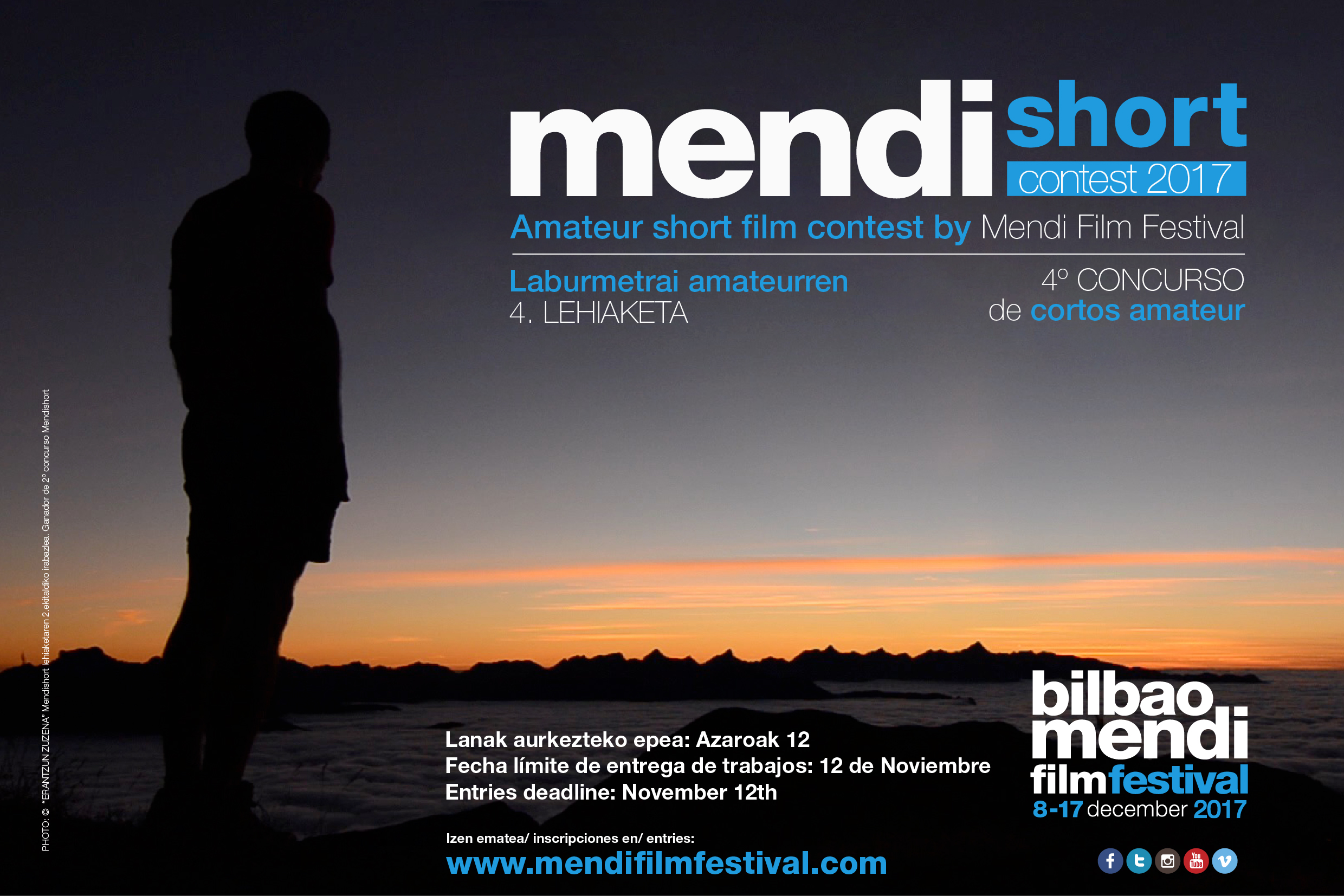 The registration for the 4th edition of Bilbao Mendi Film Festival's amateur short film contest is open till 12th November.

It is an international competition for amateur video-creators. All films relating to the following areas are eligible for submission: alpinism, climbing, mountain and adventure sports, skiing, ecology, the environment, mountain culture...The length of the short ﬁlms must be 5 minutes at the most and entrance is restricted to those productions made from the 1st January 2017 onwards.

The awarded short film will be projected during the second weekend of the 10th Bilbao Mendi Film Festival (8-17 December) and will receive the Best Short Film MENDI SHORT 2017 award.