The Jury of the 10th edition's Official Section 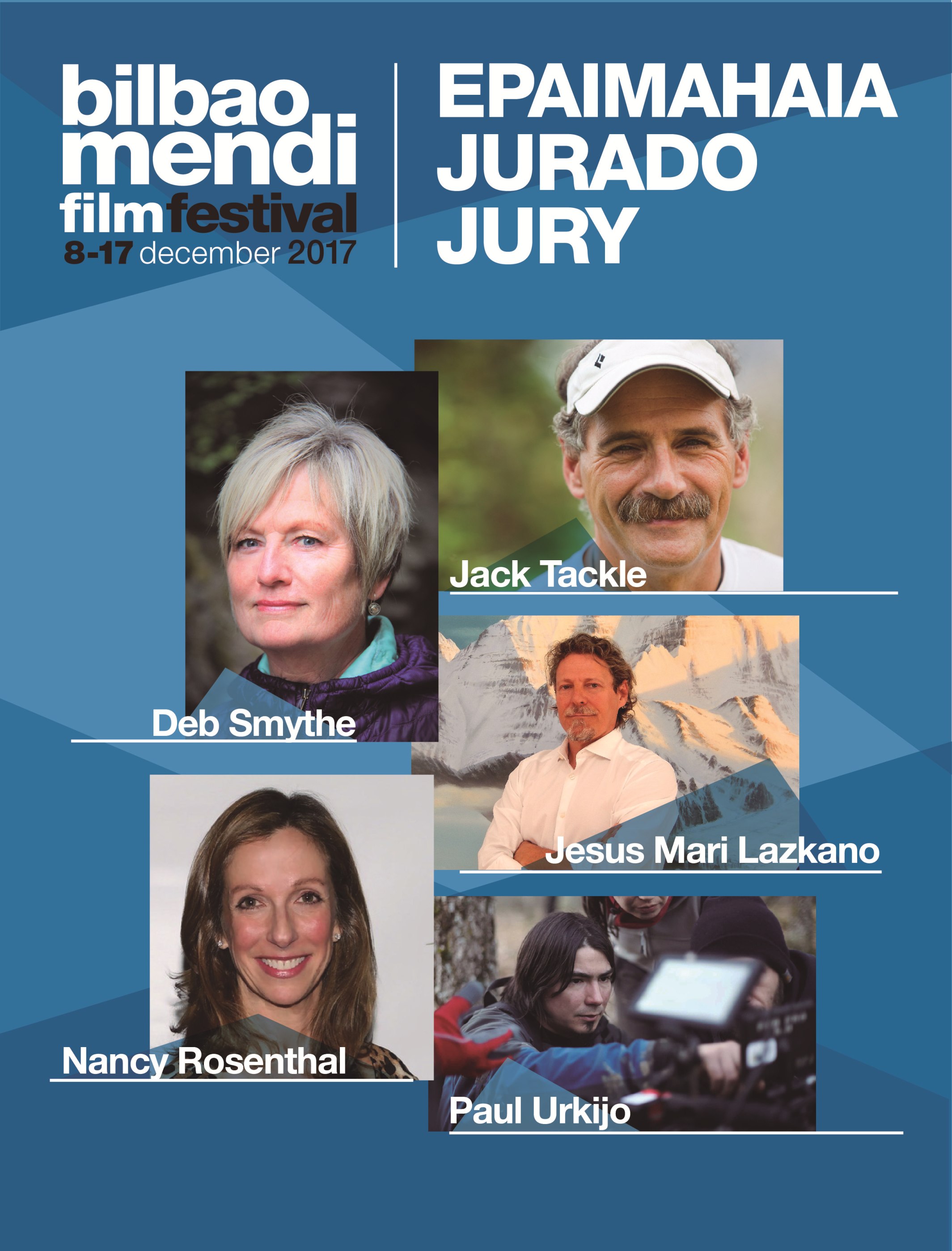 The artist Jesus Mari Lazkano and the film director Paul Urkijo, festival directors Deb Smythe and Nancy Rosenthal, and the alpinist Jack Tackle, will form the jury of the Official Section of the 10th edition of the Bilbao Mendi Film Festival.

Deb moved to Banff from eastern Canada in 1977, after completing a degree in economics. “I thought I’d come out west for one season of skiing and having fun before settling down to a ‘real’ job” Famous last words… forty years later, she’s still there! Most of those years have been spent with the Banff Mountain Film & Book Festival. As Festival Director and the Banff representative for the International Alliance for Mountain Film.

Nancy Rosenthal is the Founder and Executive Director of the New York WILD Film Festival.

Her extensive and successful career in filmmaking includes producing award-winning childrens’ films about natural history, science, and conservation for National Geographic. Her independent film work shifted to include films about social issues and the arts. The independent film Last Dance she worked on was shortlisted for an Academy Award.

Jack Tackle is a renowned alpinist most known for his climbing in Alaska over the 70's, 80's, 90's, and 2000's . He's done over 35 major expeditions to Alaska and 17 first ascents. His expeditions include Mt. Everest West Expedition, Biafo Spires, Uzam Braak, and Biantha Braak (Ogre), in Pakistan, Cordilleras Blanca and Huayhuash in Peru, and Kashmir in India.

Jack is a former three term Director and Treasurer of the American Alpine Club, and he is a certified AMGA Alpine Guide.

Jesus Mari Lazkano is Full Professor of the Department of Painting and Doctor of Fine Arts from the University of the Basque Country.

He has made numerous solo exhibitions in the US, China, Switzerland, Jakarta, Spain and Italy. In 2016, a complete retrospective of his last 40 years career was organized during the European Cultural Capital of Donostia-San Sebastian.

Recently, he has participated in a scientific-artistic expedition to the North Pole, organized by the American Foundation The Arctic Circle. Climber in his youth, is now linked to navigation.

In 2008 he graduated in Fine Arts, and is dedicated to the realization of audiovisual, illustration and infographics professionally. Thus he begins to write and make his own fiction and animation short films.

The short films he has written and directed have won 85 national and international awards.

In 2016 he writed, produced and directed his first feature film entitled Errementari, a fantastic genre film based on the story of "Patxi Errementaria".