The IAMF Grand Prize was for Kurt Diemberger 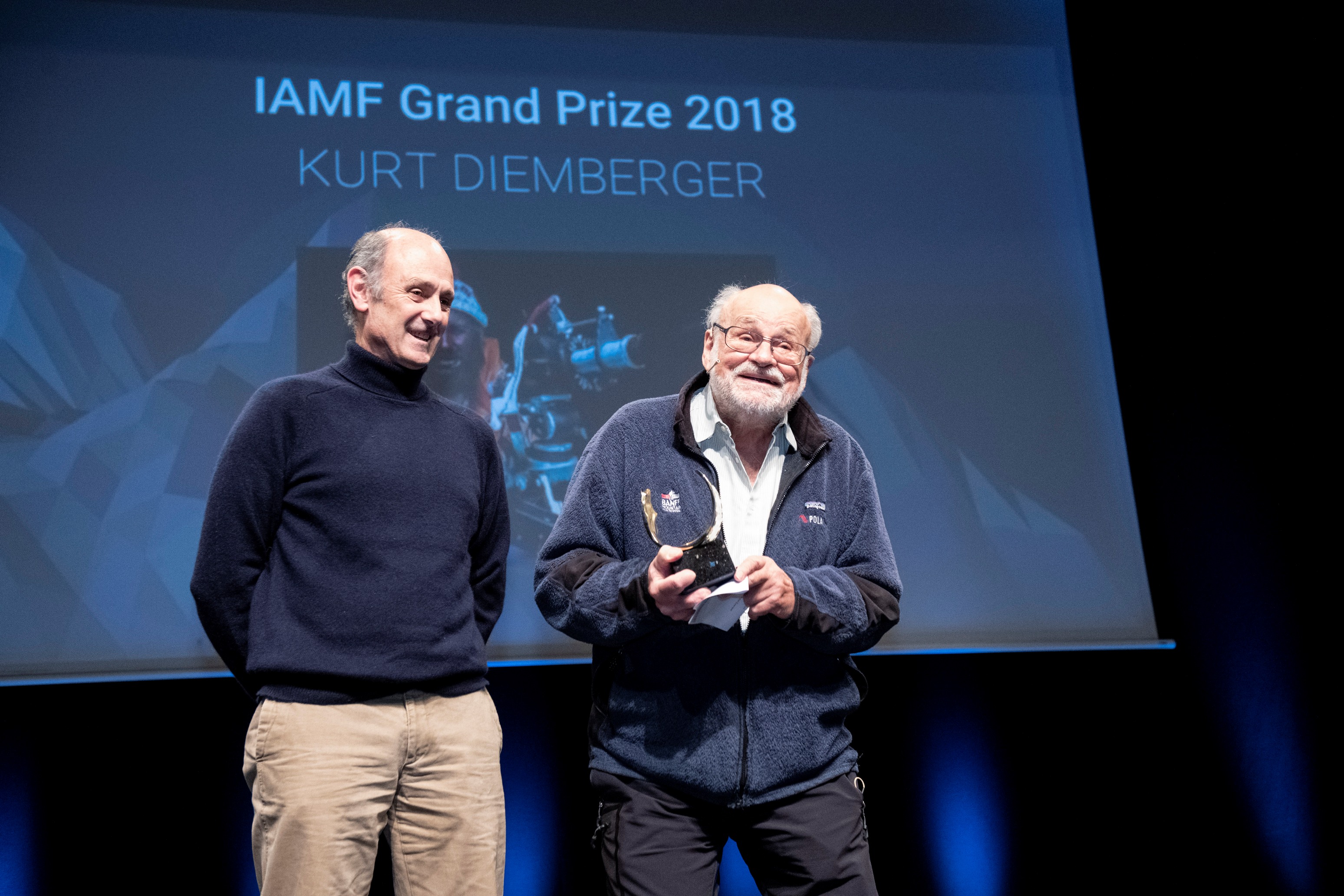 Ever since the founding of the International Alliance for Mountain Film (IAMF) in February 2000, its members have been interested in celebrating those who, through their talent, have changed the world of mountain film. IAMF members wish to express their gratitude to the filmmakers, directors and producers who have contributed throughout their careers – through loyalty and dedication, and with little regard for personal profit — to the evolution of mountain film into the prominent genre that it is today.

This year the Prize has been given to Kurt Diemberger for his alpinist and mountaineering trajectory.