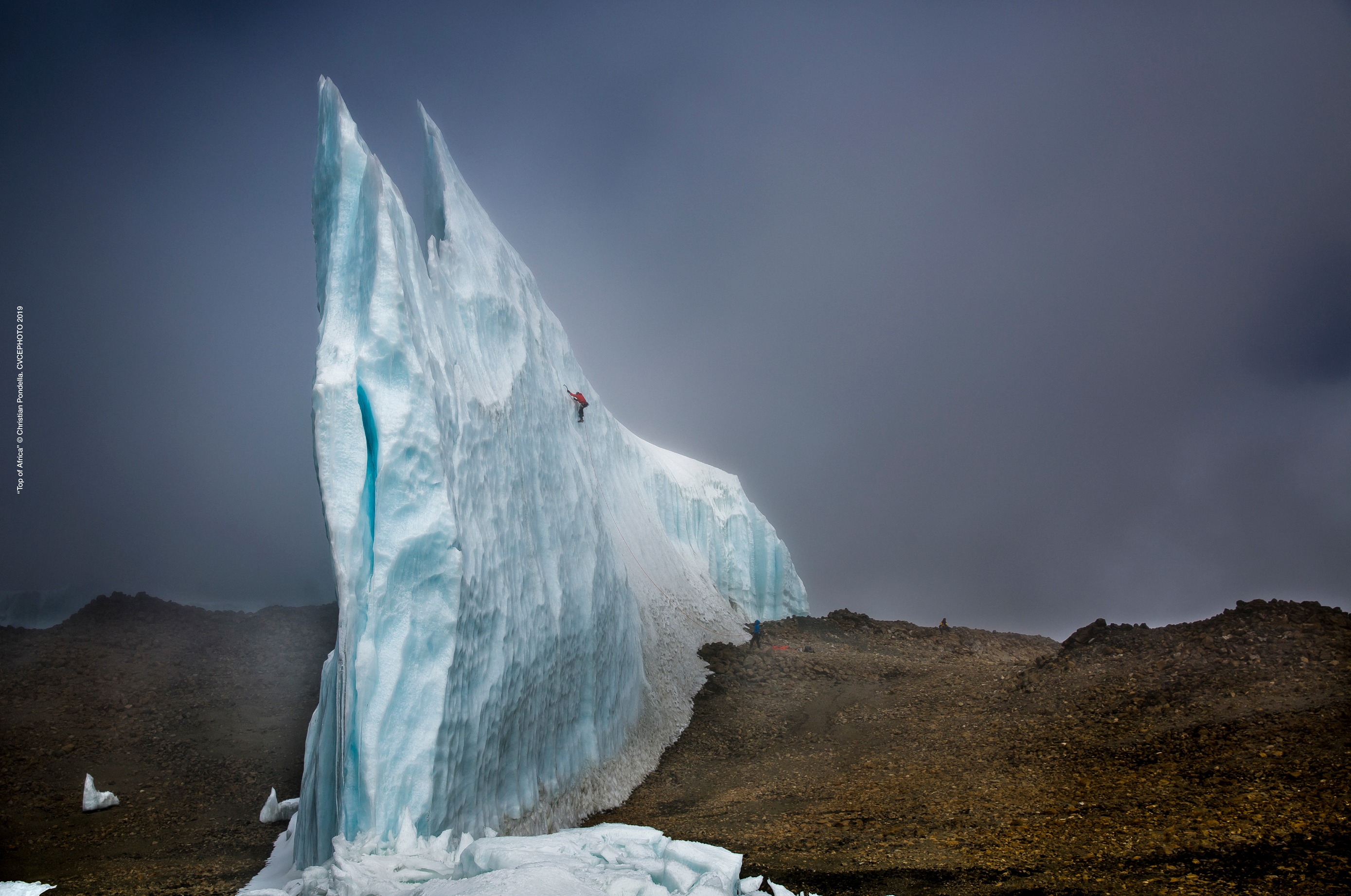 The picture Top of Africa from the American photographer Christian Pondella received the ‘Mendi Film Festival Poster’ award at the International Mountain Photo Context, CVCEPHOTO. It has thus become the image of the 12th edition of the Mendi Film Festival.

It is the third consecutive year that the association Club Vasco de Camping Elkartea (San Sebastian) and Mendi Film hand over the award.

The picture ‘Top of Africa’ is a spectacular photography taken at Mount Kilimanjaro (Tanzania). In the image we can see Canadian climber, Will Gadd, as he ascends one of the last remnants of the rapidly disappearing glaciers on this mountain. Apart from being visually striking, it also makes us think about one of the biggest issues nowadays: climate change.