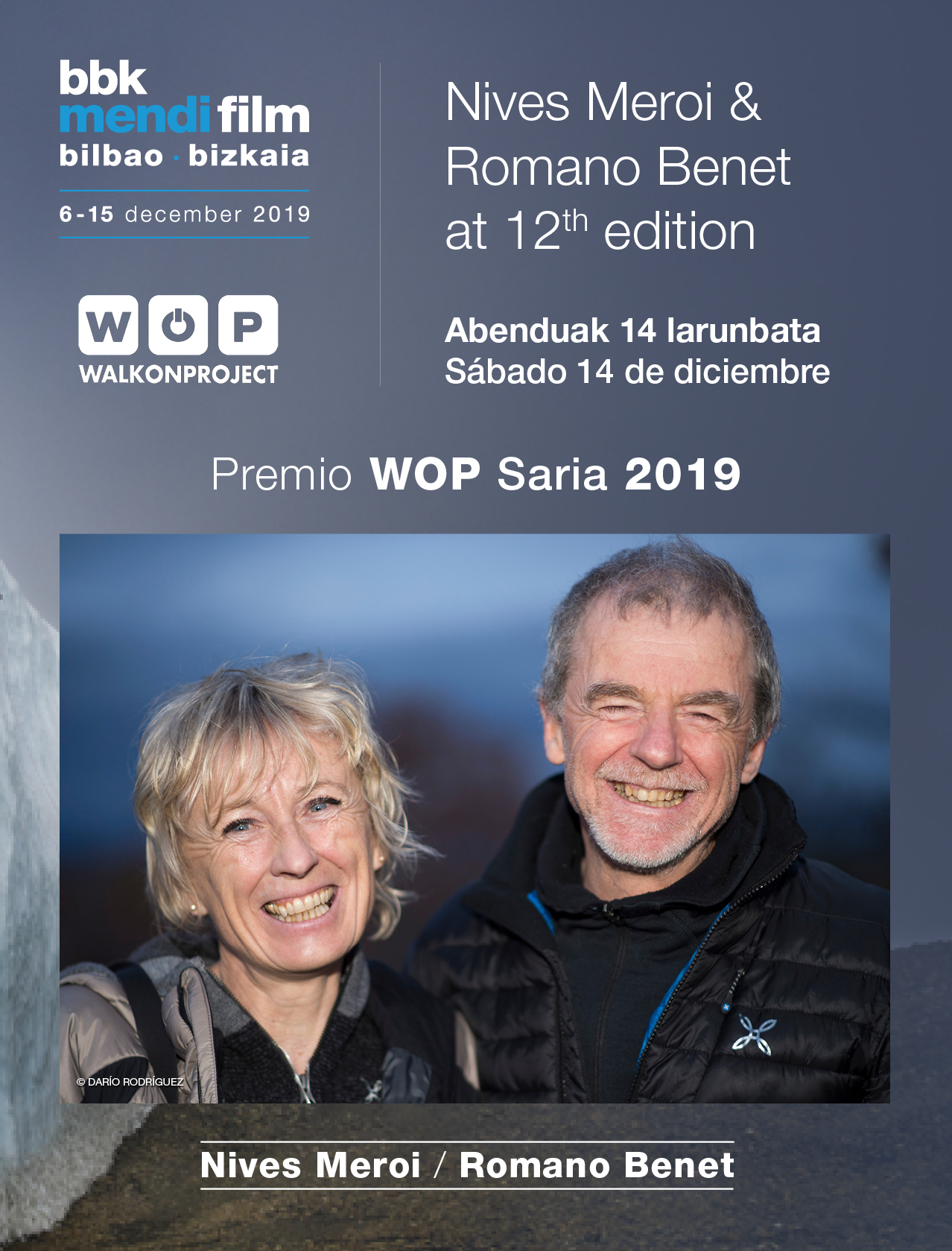 Alpinists Nives Meroi and Romano Benet will be honoured with the WOP award at the 12th edition of the BBK Mendi Film Bilbao Bizkaia. The ceremony will be held on saturday December 14th, at 19:30 pm, at Sala BBK.

The couple has climbed all fourteen eight-thousanders without porters or oxygen bottles.