'Treeline': the reciprocal bond between humanity and nature Grand Prize at the BBK Mendi Film 2019 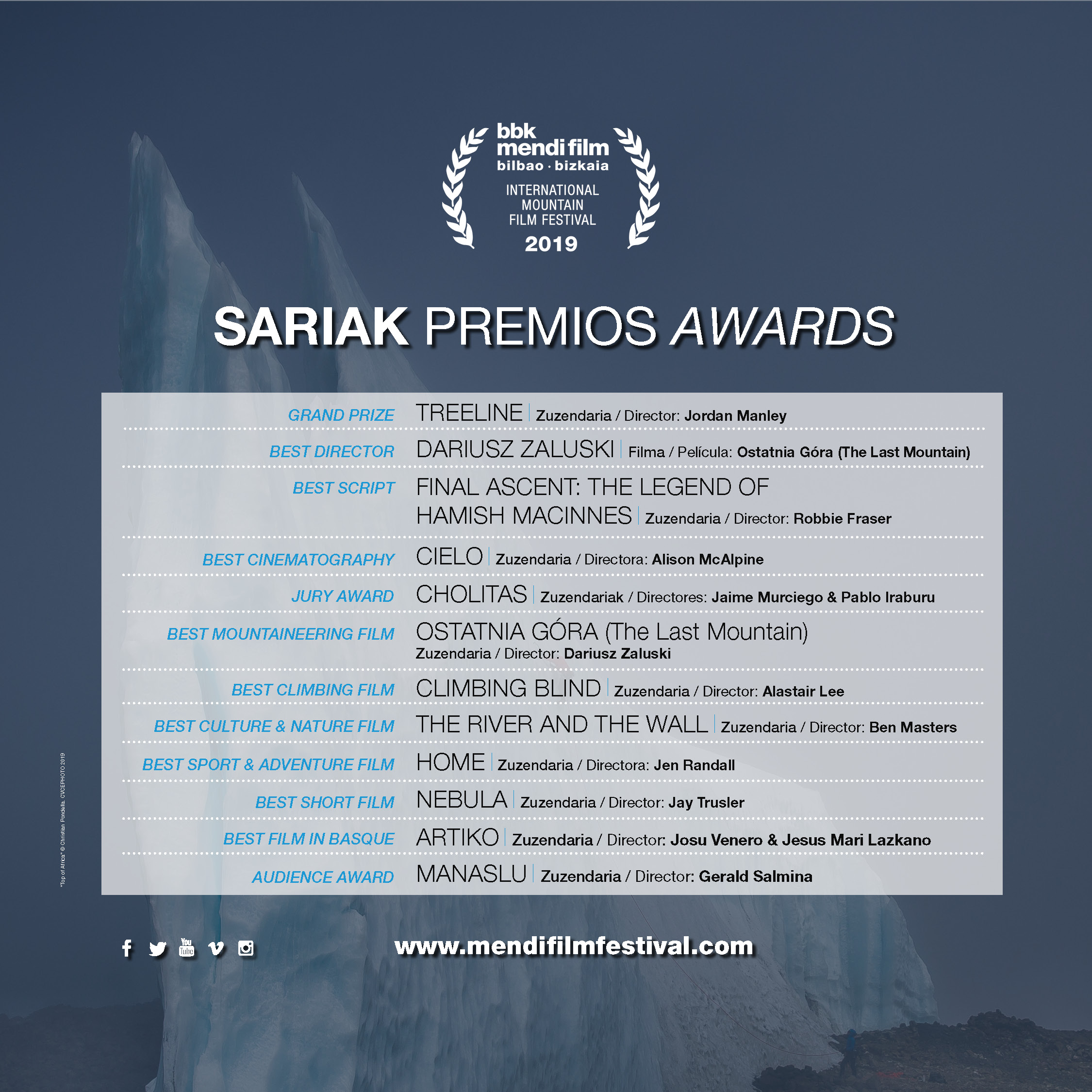 The film Treeline directed by Jordan Manley wins the Grand Prize at the BBK Mendi Film Bilbao-Bizkaia 2019. Trees are the main axis of this work engraved in forests of British Columbia, Japan and Nevada. It's an invitation to interpret what the oldest trees have to teach us, illuminating the reciprocal bond between humanity and nature. A masterpiece.

The Jury of the BBK Mendi Film Bilbao-Bizkaia formed by Rossana Stedille, Irene Larraza, Keith Partridge and Gaizka Bourgeaud, has provided the following justifications when completing the list:

In a world where humankind’s connection to the natural world is in danger of being lost, this film reveals a higher-order and a natural intelligence network that has existed perfectly for millions of years beyond our own. With evocative images, subtle characters, leading science, a mysterious soundtrack and a compelling argument, the film communicates a message that we should listen to in order to protect ourselves and everything around us. 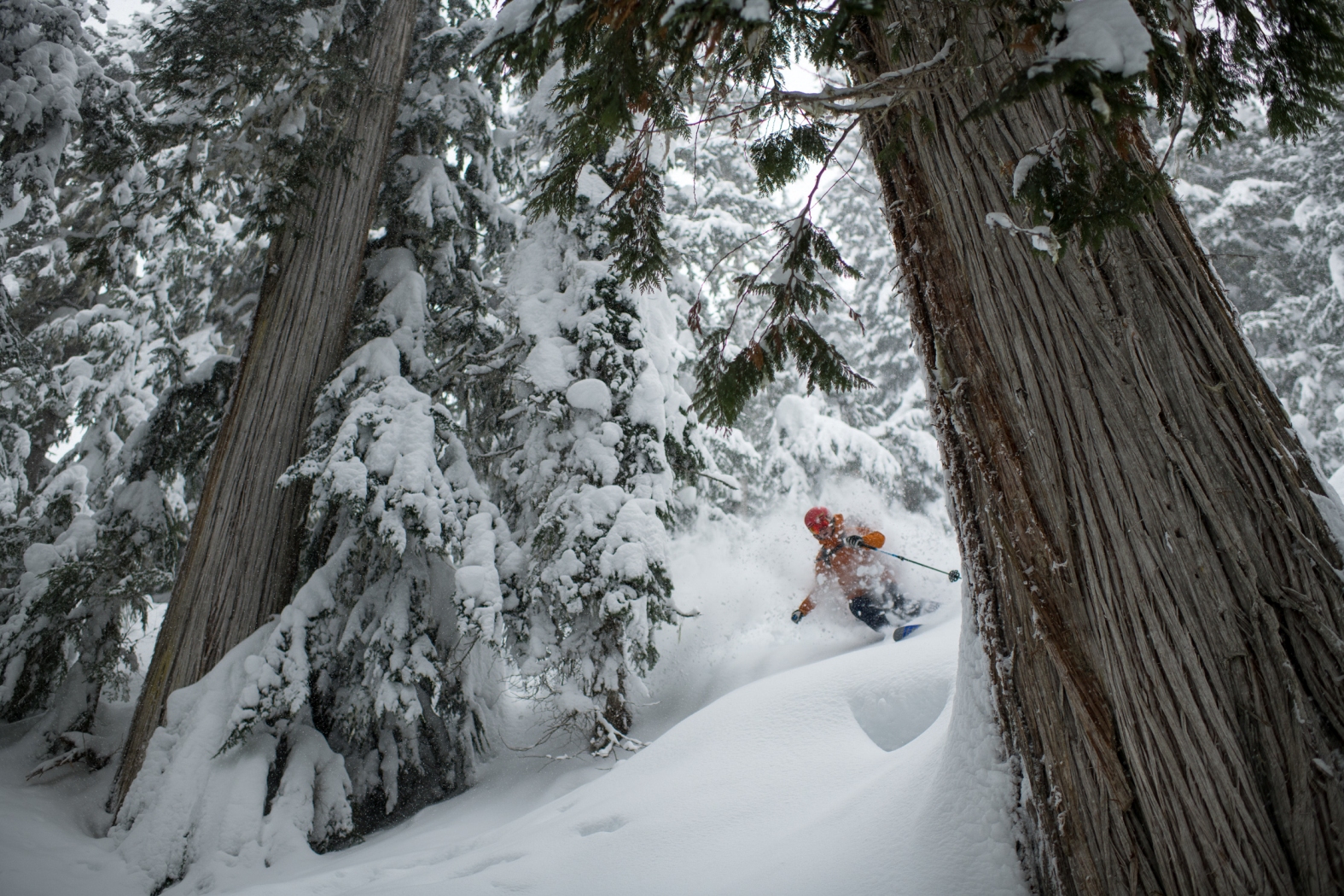 The director shows a stunning ability to become invisible in order to tell the inside-story of the Polish winter expedition to K2 in 2018. He composes a thrilling story that allows the viewer to become a direct witness to the coexistence of the mountaineers. The difficult decisions, captured as they happen in terrifying circumstances, force the audience to vibrate with increasing tension in front of an intractable mountain. 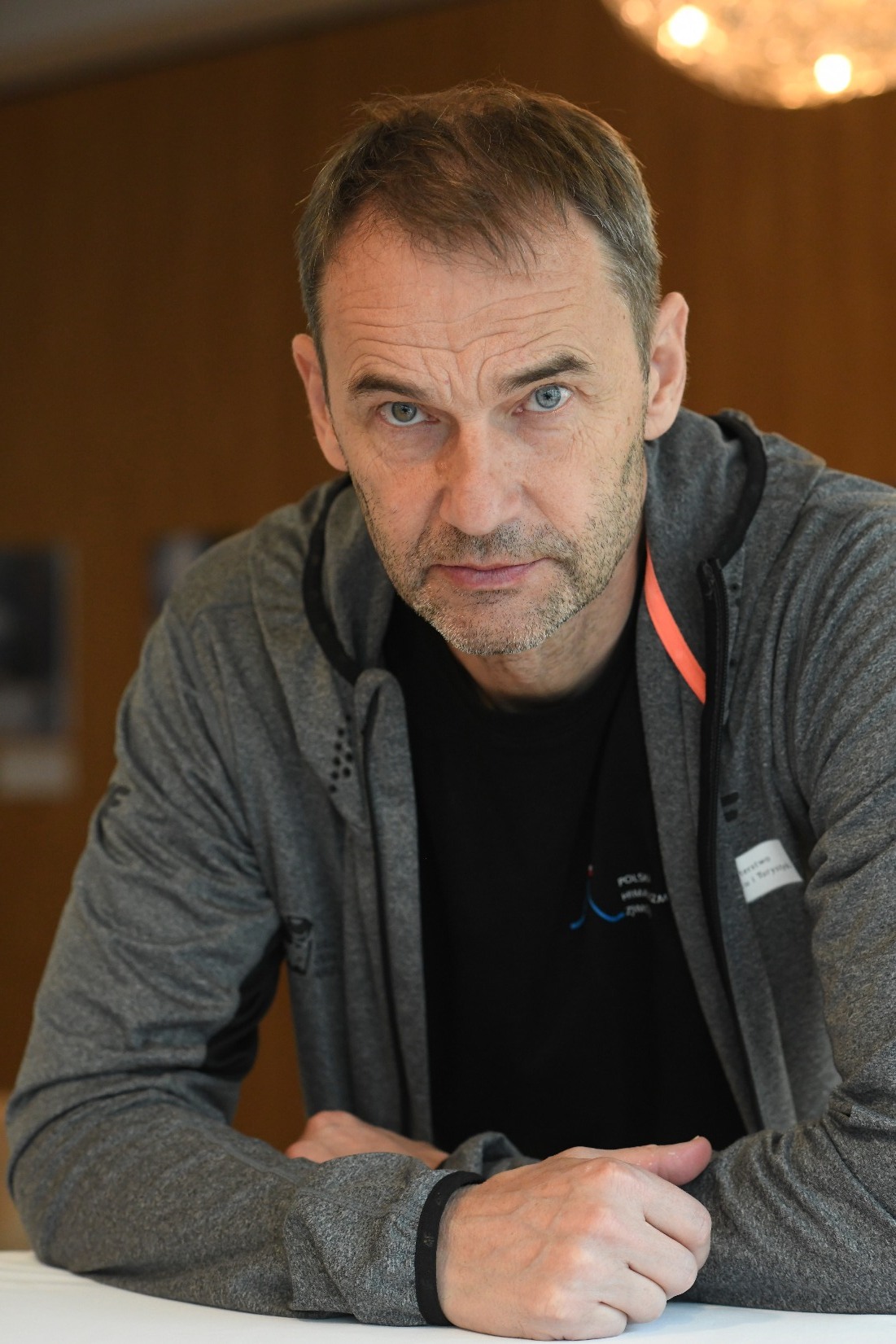 This story shows with delicacy and love the struggle of a man trying to recover his memory and freedom. Through the main protagonist’s own archive, the director guides the audience through a man’s astonishing life. At the forefront of alpinism and the development of modern mountaineering, a legend unfolds to reveal the universal truth of getting old and its consequences. Hamish Macinnes.

The art of a great cinematographer is the ability to create beautiful imagery artistically, technically and, when required, invisibly. The mastery exhibited within this film ‒from superb observational documentary-style filming to highly technical and detailed shooting‒ is to be marveled at as the skies rotate above a constellation of stellar characters. Here we see beauty, experience connection to worlds beyond and listen to contemplative words. 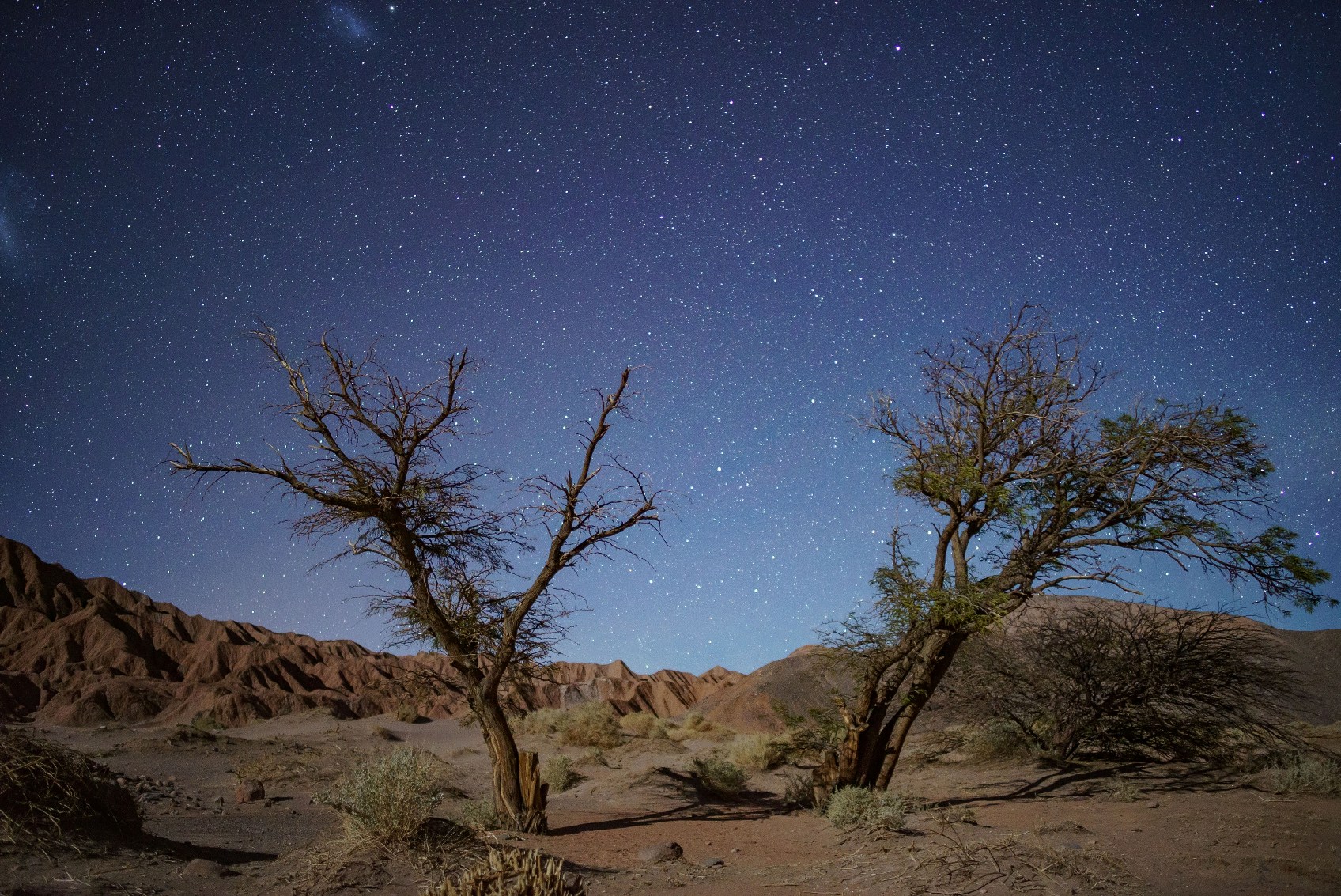 Fish out of water, backstories, an epic quest and a chance to overcome are all elements to a great story. This film has them all, with great characters and an exploration of the cultural norm, as we follow five courageous women on their journey to climb their mountain, both physically and metaphorically. With an opportunity to bring about change in their country, everyone is surely touched by their beautiful nature and giant hearts. 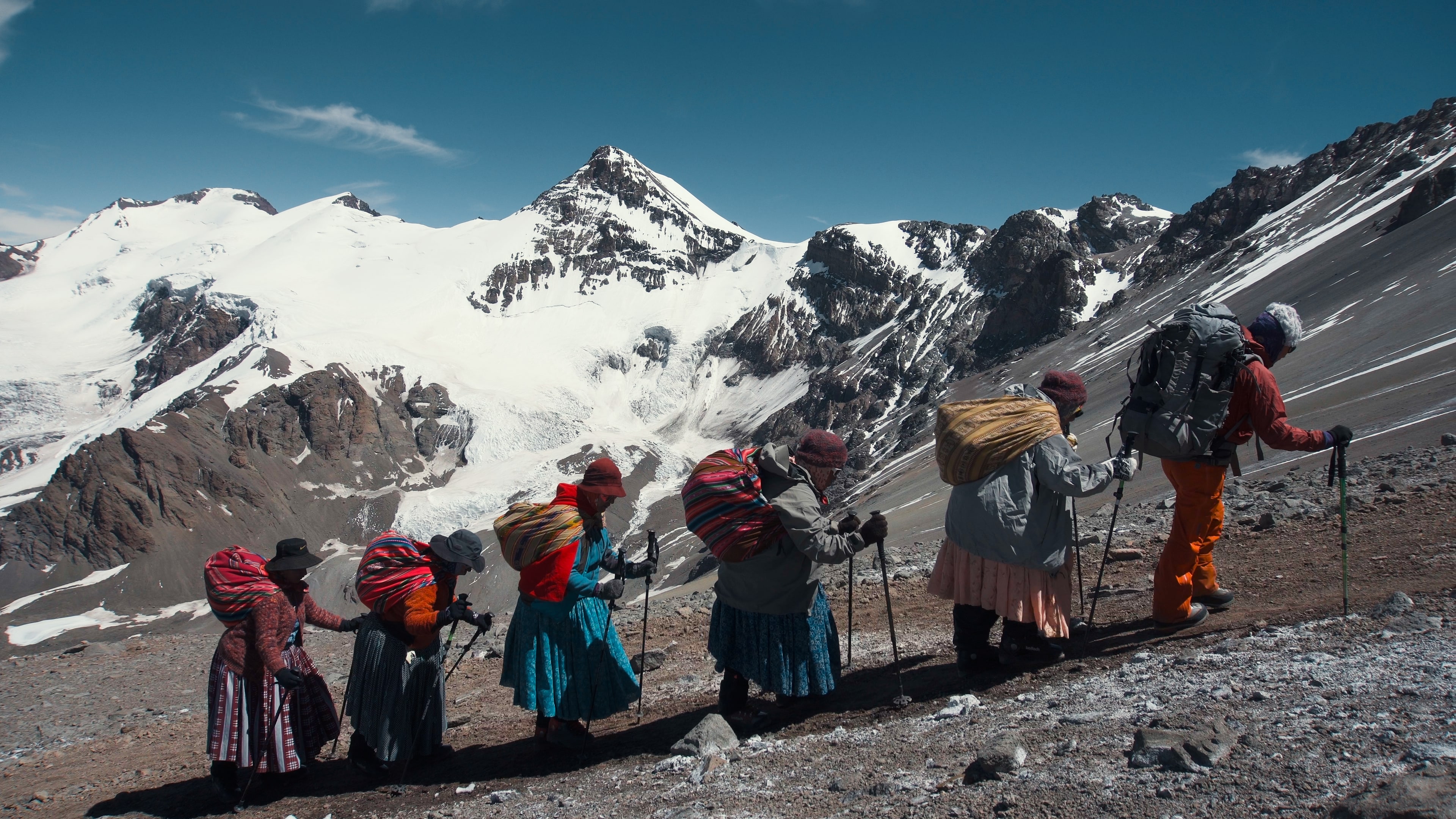 Through an intimate and at the same choral path, we experience the meaning of mountaineering, from the setting of a goal, to sharing hard decisions in truly life threatening situations. Emotions and conflicts perfectly narrate the difficulties of an epic expedition. 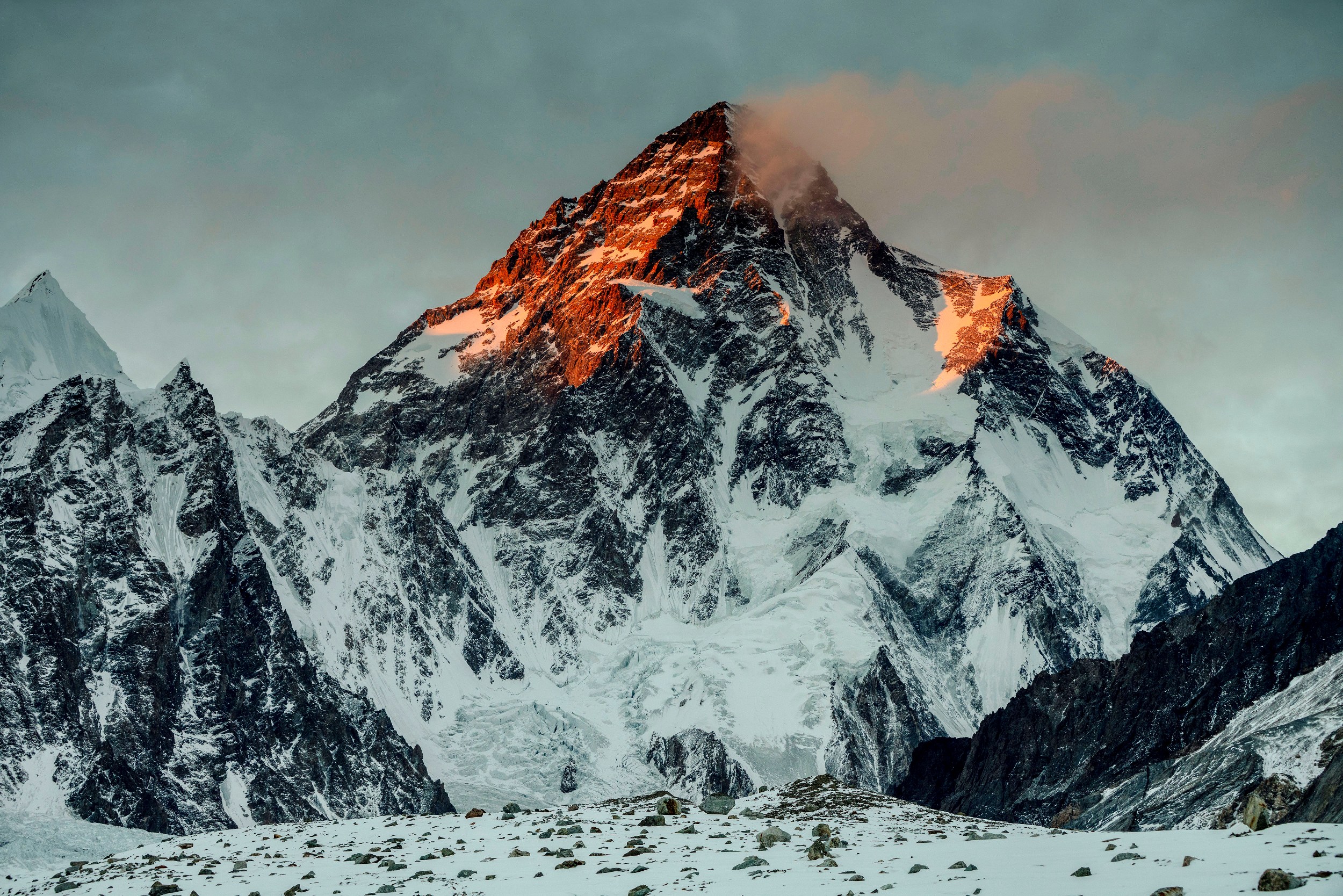 We are shown the power of working hard in the pursuit of a dream and the idea of stretching one’s own limits whilst humbly accepting loss. Love and friendship accompany an epic achievement. 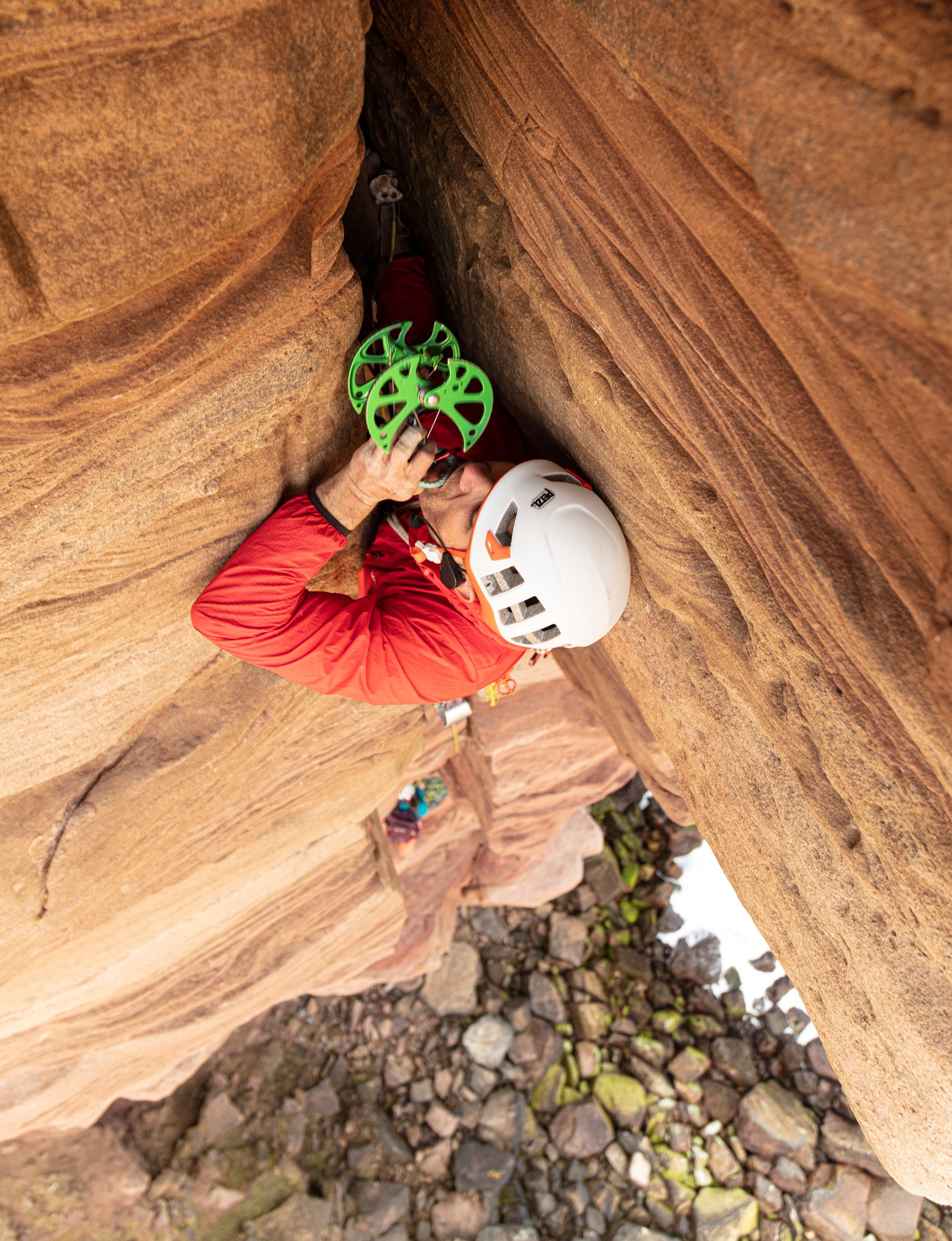 Stories that convey strong messages have a power to bring issues to a wider consciousness. On this journey, the filmmaker and his friends seek to explore the consequences of the construction of a ‘symbolic structure’ that will arguably impact more on the things it seeks to protect. With a spectacular narrative spine, this film examines the socio-economic impact upon communities either side of its length and looks at the harm this project will do to the land’s wild inhabitants. It also acts as a lens upon the way a modern world needs to come to terms with its own vulnerability. 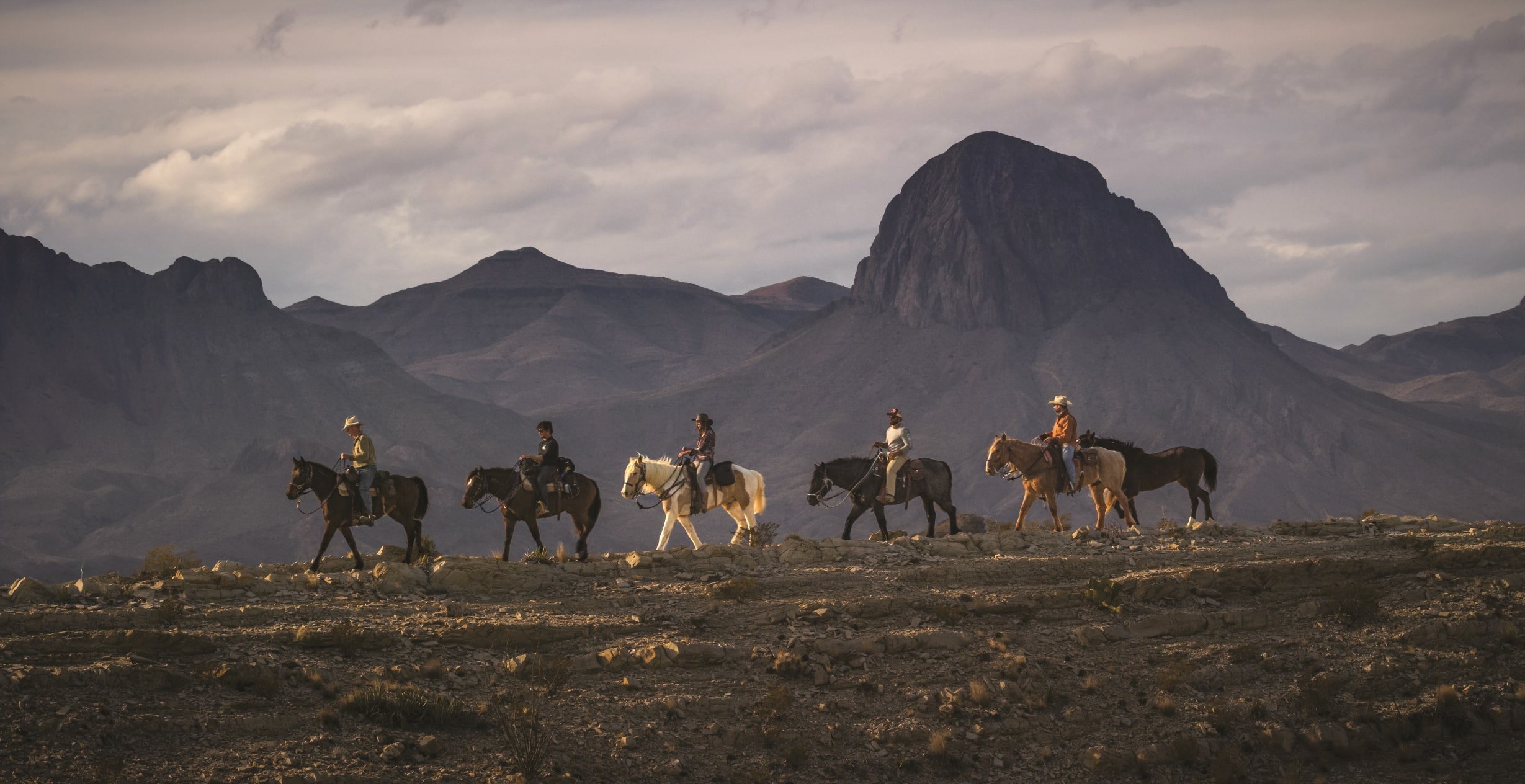 This film takes us on a journey around the world, through struggling and lonely moments, and a constant facing of risk alternating with touching moments. We discover the delight of finding one’s own path, the joy of sharing, the joy of achieving. 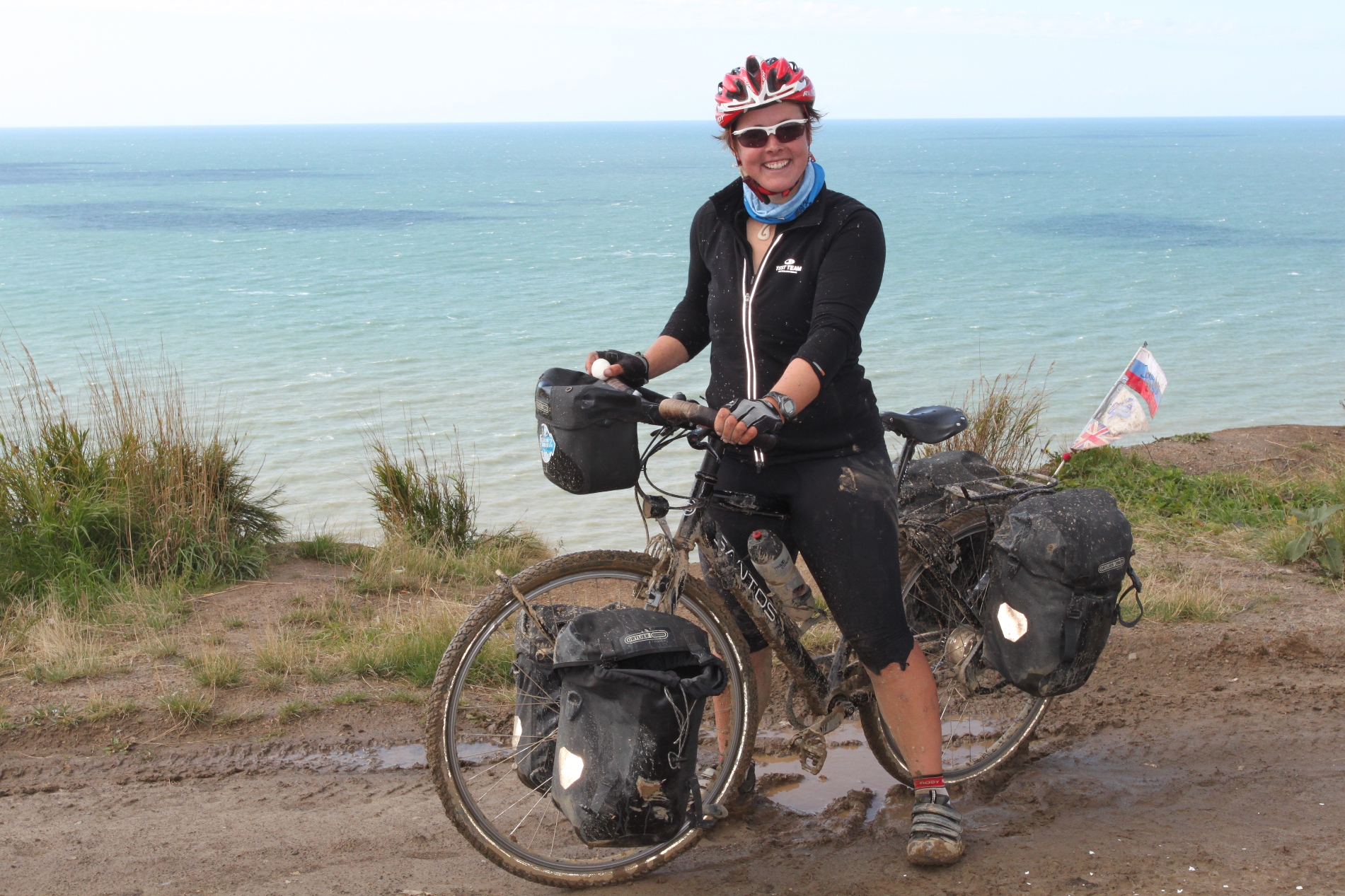 With a great set-up of the challenge ahead, coupled to strong visuals, this film has a singular strong narrative that has to be told in the moment; to seek, to fail, to overcome and finally succeed. All the elements of a well-told story are there to culminate in a stunning reveal. 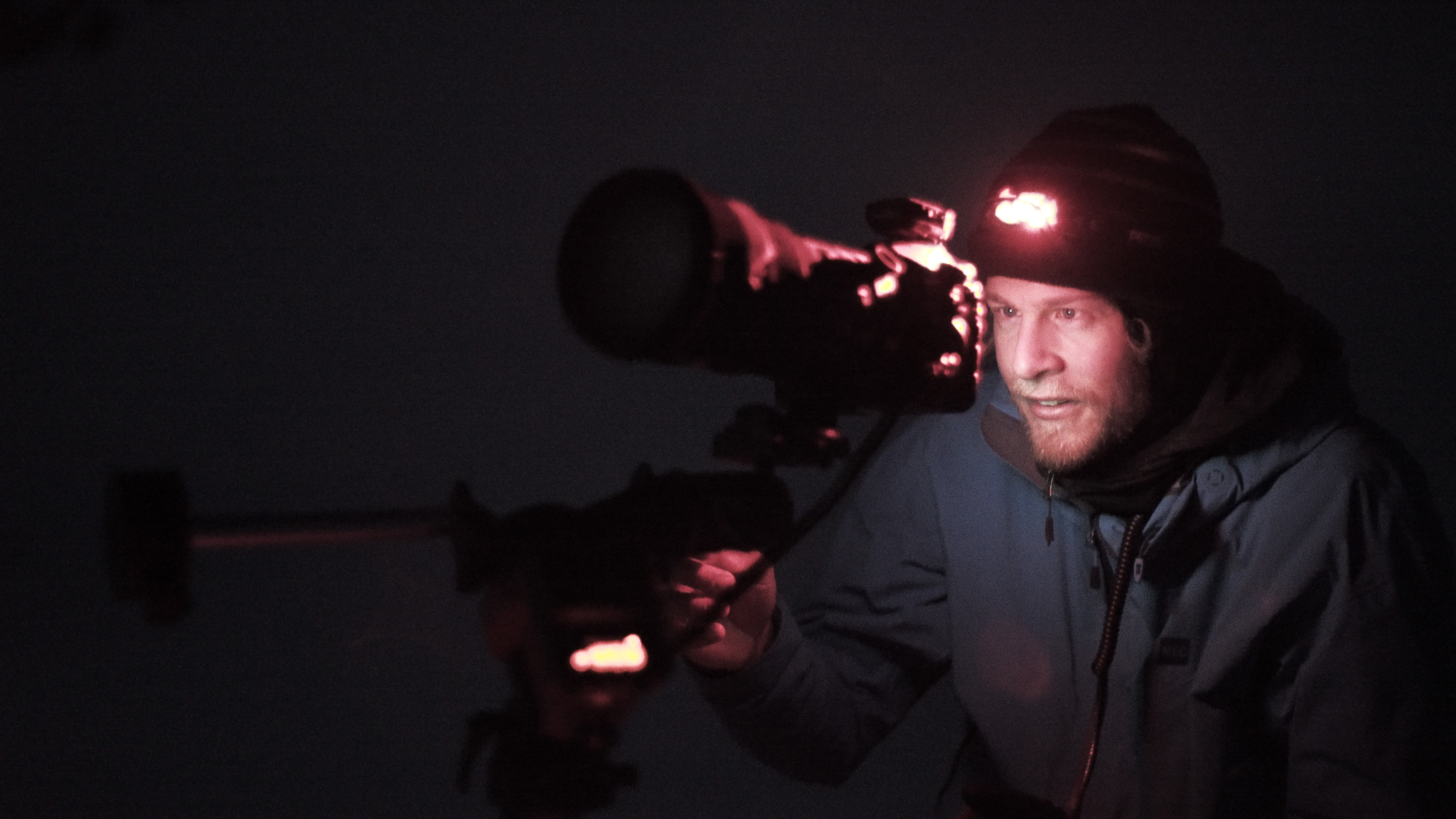 This film succeeds in capturing the essence of the Arctic in several dimensions: the cinematographic, the pictorial and the poetic, in a work that manages to transport us with great delicacy to an extraordinary natural stage. 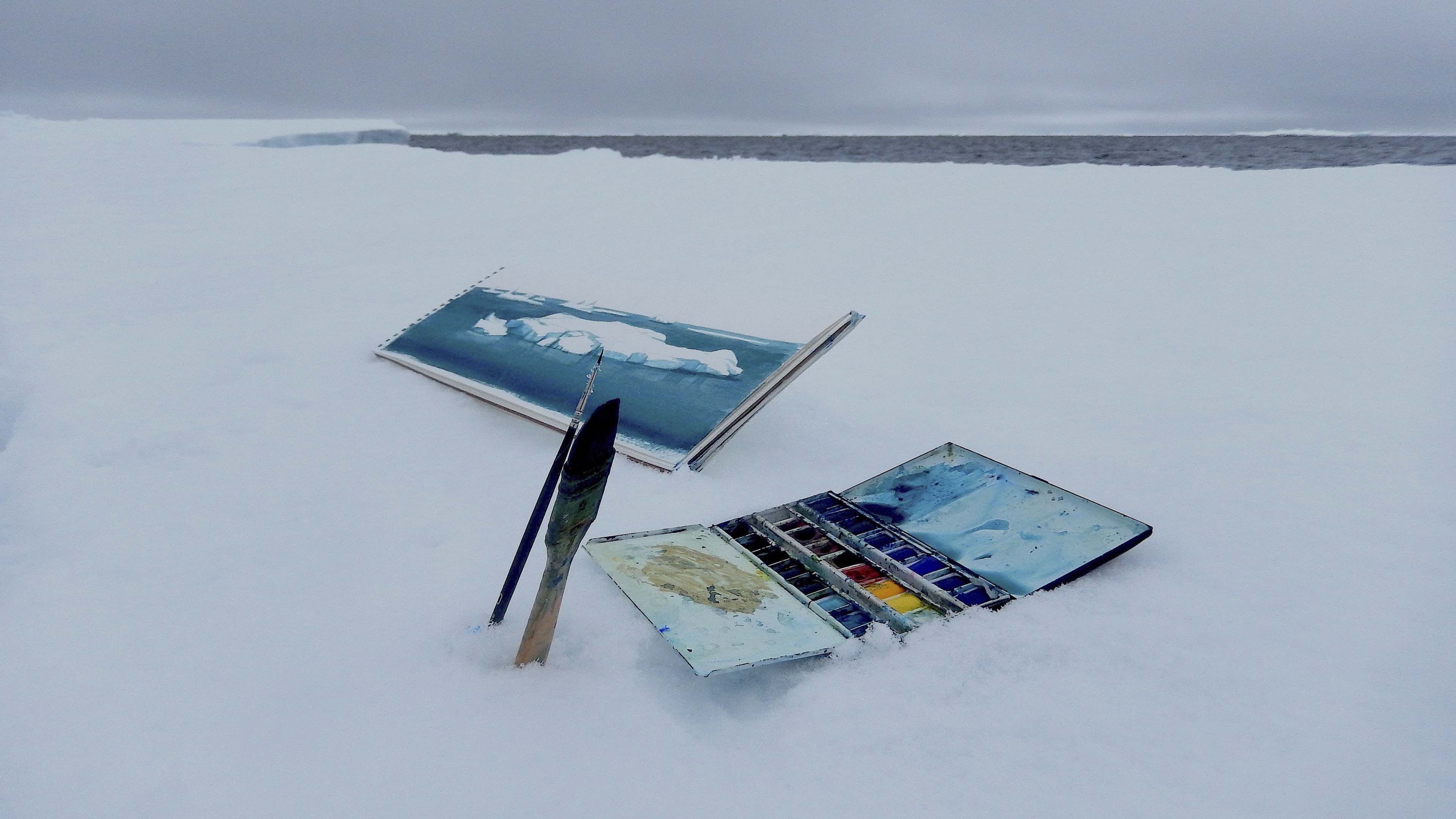 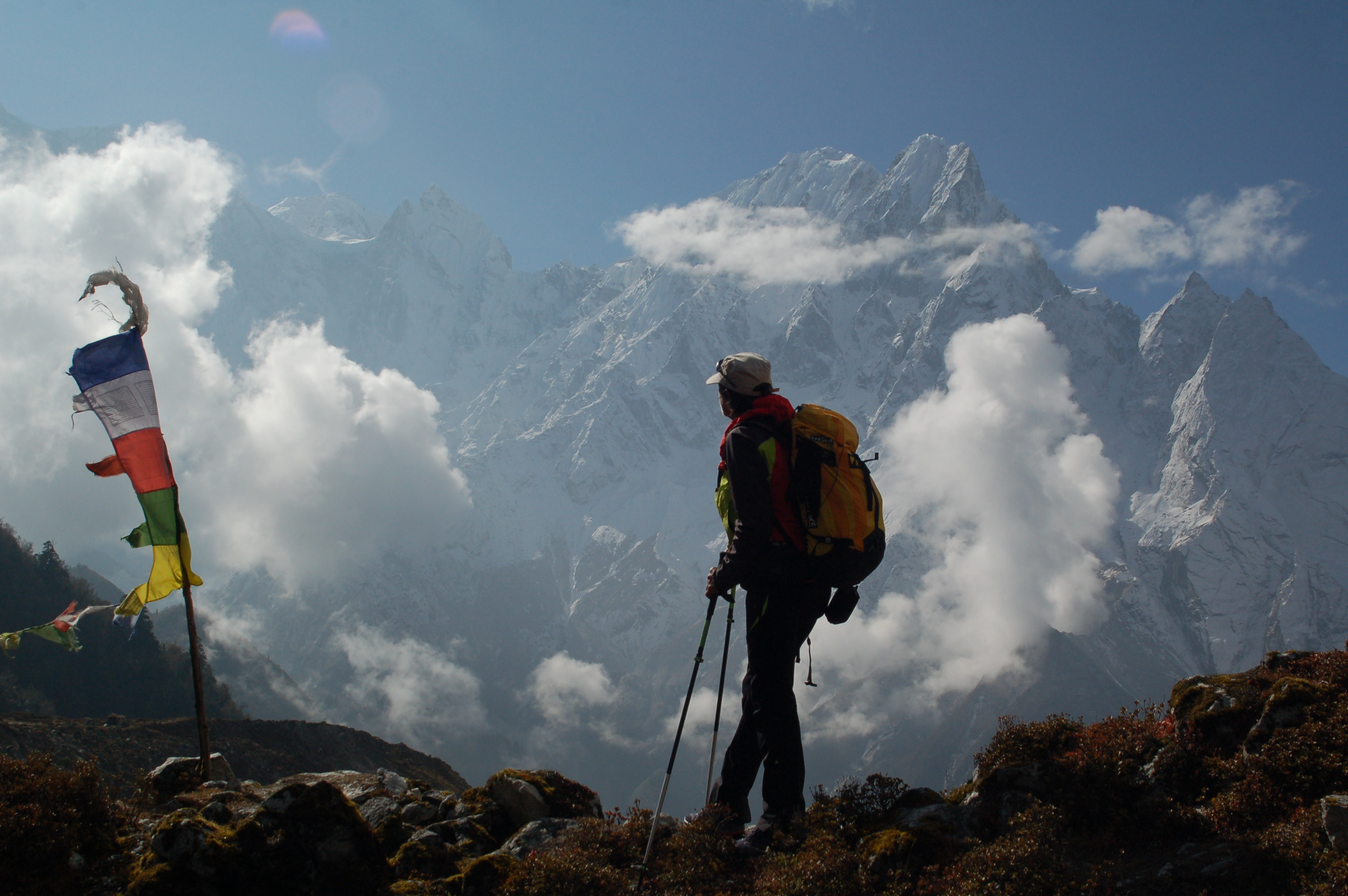