Bilbao Mendi Film Festival will host the premiere of the film directed by Karen Sole Hughes, which tells the ascent of the mountaineers Alberto Iñurrategi, Juan Vallejo and Mikel Zabalza, and the camera Juanjo Otazu to Chamlang this fall. The expedition WOPEAK crowned the Nepalese mountain on the 19th October despite having an unfavourable weather forecast, and having to endure extreme cold temperatures and high wind, which discouraged attacking the summit. 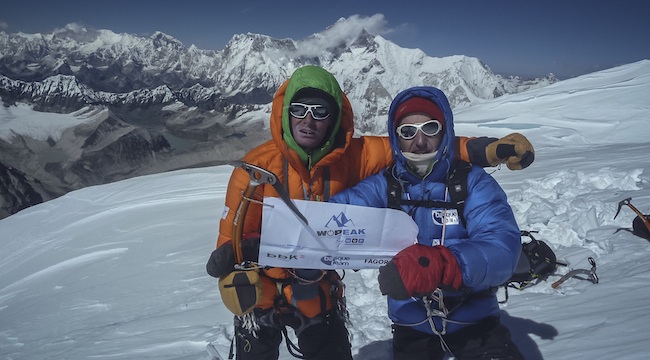