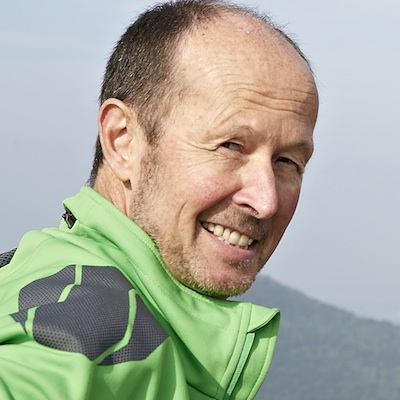 Journalist, producer and writer. Michael was introduced to climbing by his father Walter Pause, a well-known author of books on mountaineering. After completing his studies in Journalism, Political Science and History, in 1978 he began working for the Bavarian Broadcasting Company producing films for the show mountaineering "Bergauf-Bergab". Since then he has produced and directed more than 150 films. The task of updating and rewriting the original books written by his father made him an expert in the variety of possibilities mountaineering in the Alps. In 1984 he assumed responsibility for the Alpine section of the magazine "Berge". From 1992 to 1998 he was editor, and later became "Senior Editor". Since its premiere in 2003, he is the artistic director of the International Mountain Film Festival Tegernsee. As a mountaineer, he prefers classical forms of the sport, looking for the high peaks, climbing, and skiing. His work and his hobby led him to most parts of the Alps and the mountains of Nepal, East Africa, Patagonia and North America.