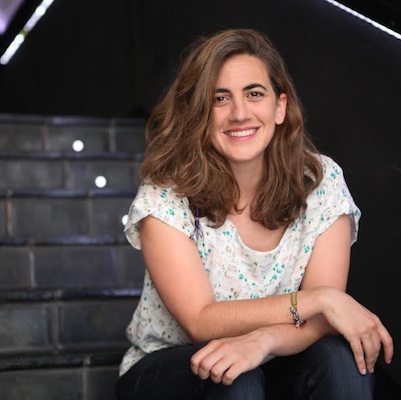 Lara Izaguirre Garizurieta (Amorebieta, 1985) graduated in Audiovisual Communication at the University of the Basque Country. She went on to study film at New York Film Academy and worked in the production company ‘Forensic Films’ in New York for two years. In Barcelona, ​​she made the Master about Script at the School of Cinema and Audiovisual of Catalonia (ESCAC). There began the script of the movie ‘Un otoño sin Berlín,’ for which she would get a grant from the Basque Government for its development. In 2010, she founded the production company "Gariza Produkzioak" where she has written, directed and produced several films. In 2011 she took the course "The staging, the actor and space" in the School of Cinema of Havana to deepen her skills as director. Her film ‘Un otoño sin Berlín’ has premiered this year at the 63rd International Film Festival of San Sebastian, with a special mention for the leading actress, Irene Escolar. Her works also include ‘Bycicle Poem’ (2010), ‘KEA’ (2011), ‘Next Stop: Greenland’ (2012 - Best Film of Adventure Sports in the TV BCN Sports Film, Best Adventure Film at Festival Vertical of Moscow; Best Film of the Festival International of the Air) ‘Sormenaren Bide Ezkutuak’ (2013) and ‘Larroxa’ (2013). Now she is involved in writing the script in two upcoming projects, ‘Gora beherak’ and ‘Udaberria’.