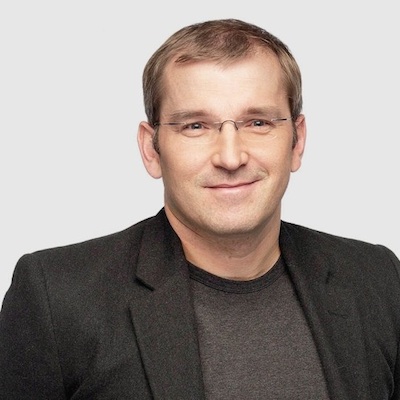 Wojciech Fusek is the editor-in-chief of the Polish newspaper ‘Gazeta Wyborcza.’ He studied at the Faculty of Law and Administration at Warsaw University and at a branch of the Pontifical Academy of Theology. He joined the newspaper in 1991; a year later he became head of the sports department and two years later head of the Gazette in general, becoming the head of the 19 branches of publication. As head of the newspaper, he has carried out its reorganization, creating a new publishing and promotional strategy. Digitalisation and the reorganization of the editorial staff were some of their responsibilities. He has also worked with various teams preparing national and international publishing projects. Since 2010 some of his projects have been "Sports Center," "Gazety.pl," "Metro" and another one conducted by the promotion and sales team to establish and implement a strategy for the brand "Sport.pl." Climbing and mountain skiing are two of his hobbies that led him to work as a screenwriter in mountain documentaries and multimedia projects. He is also member of the Scientific Summits Council of Nagorno Museum.