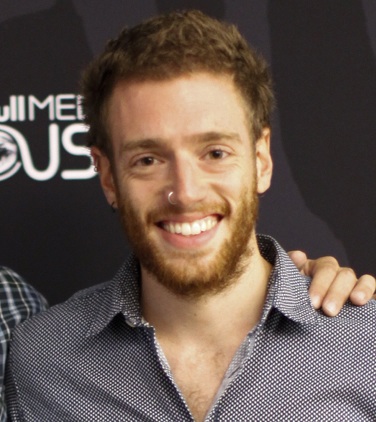 Producer of the film 'Panaroma'

Born in Barcelona in 1989, Gerard Peris is a journalist by formation, but gradually has been specializing in the audiovisual both academically as an autodidact. He is a founding member of the ‘Namuss Films’ with Jon Herranz, who have been made and driven many audiovisual projects. Always from the perspective documentary, assuming different responsibilities, but always as a producer and assistant director, Gerard Peris has produced both videos, with sports and social content. His latest Climbing documentary, ‘Panaroma’, has won numerous awards in Italy, Poland and Peru, while his short film ‘Novato’ was selected in 14 International Mountain Film Festivals. From a social perspective he has made documentaries as ‘Sikyong. The political revolution of the 14th Dalai Lama ‘, ‘Flames’ or ‘Platform’, this one awarded with Best Film Prize at International Film and Human Rights Festival of Barcelona 2013, and with the Human Values ​​Award in SCIFE 2013.

The film ‘Panaroma’ will be presented at the Sala BBK on December 18 at 5:00pm.