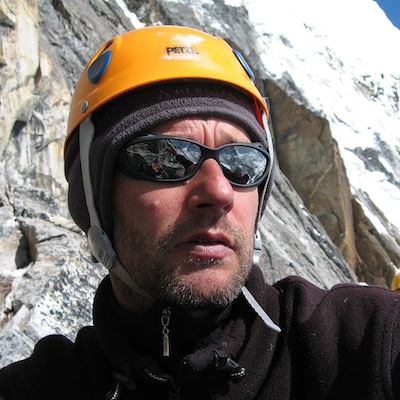 Director of the film 'No ski no fun'

Dariusz Zaluski has climbed 5 ‘eight-thousanders’, including K2 and Everest twice, and has taken part in many winter expeditions. He is member of the Alpine Club in Warsaw. He combines climbing with professional film-making and has authored many award-winning documentaries about the highest mountains of the world such a ‘Everest to shift the horizon’, ‘Annapurna in light style’, ‘Shisha in winter’, ‘Ciao Martina’ or ‘Two on K2’. His mountain adventure with film began shooting on the last Himalayan expedition led by Andrzej Zawada in 1997. He arrives in Bilbao with his last film ‘No ski no fun’.