BBK Mendi Film Bilbao Bizkaia 2021 has congregated 7,500 spectators despite of the pandemic and weather alerts

The 14th edition of the BBK Mendi Film Bilbao Bizkaia, held from December 3rd to the 12th, has reached it’s with an overall attendance of 7,541 people. The festival screened a total of 52 films from 13 countries. There were 11 international premieres and 22 national premieres, 11 panel talks and 7 exhibitions.

The beginning of the sixth wave of the pandemic and the floods generated as a result of two weekends in which Euskadi and Navarra have been put at an orange alert after 3 weeks of incessant rain have been an unprecedented challenge in the 14-year long history of the BBK Mendi Film Bilbao Bizkaia. Being cold and objective, we have to consider as it being very positive the attendance of more than 7,500 people to the festival, given the circumstances. The 2020 figure has been increased by 2,000 people, several sessions have been sold out and the occupancy rate, 55%, is significantly higher than other similar events. The Mendi community has responded for the second consecutive year in a very difficult and adverse situation. Proof of this are also the 8,500 people who have attended the Mendi Tour in the 38 locations of the State that have hosted it in 2021.

However, the Mendi has always been characterized by its closeness and empathy towards its community. And, just as in the mountains we have to engage in conversation with nature to interpret the warnings that it gives us, we consider it necessary to address the conclusions that these last two editions leave us on the table.

The planet, in general, through global warming, and the Covid19 pandemic, in particular, are sending us a clear message: until recently, the most widespread version when interpreting the word growth was quantitative rather than qualitative. However, we understand that, in the current situation, we need to look at ourselves, our people and our international community. Among all of us, we have to rethink BBK Mendi Film Bilbao Bizkaia so that the 55% occupancy rate returns to pre-pandemic figures.

The Mendi has proven once again this year to be the meeting point for the international mountain community. The same international mountain community, is going to continue to program the best mountain cinema and risk sports in 2020, but from today it will begin a reflection regarding the decision as to whether the expansion of venues carried out these last two editions or the idea of maintaining the number of screenings and scheduled events are the best solution to the current situation.

But we want to be transparent in our message: we are more ambitious than ever. Our purpose is to offer our audience, guests and sponsors the best version of the Mendi, the base camp that shelters and feeds us in this hostile ascent that has lasted almost 2 years. We are sure that, with everyone's help, we will succeed. 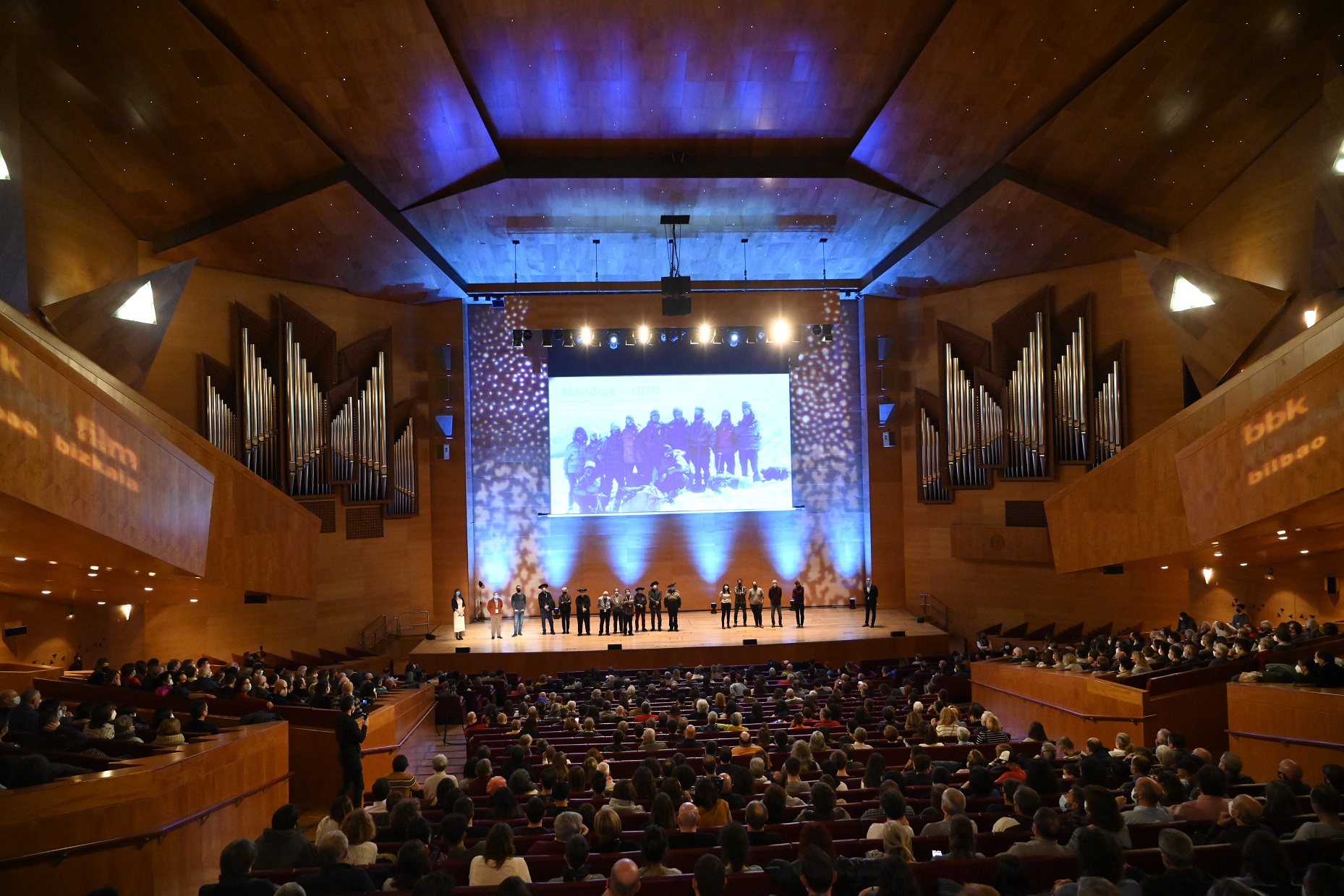 - 2021 grant premiered at the festival: ‘Txango’, by Tamara Lucarini