The IAMF against the War 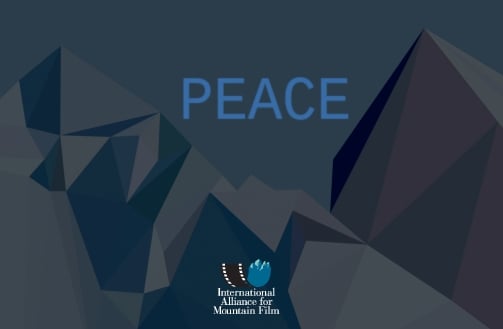 The International Alliance for Mountain Film expresses its solidarity with the Ukrainian population and in particular with all those who make up the Mountain Culture community in Ukraine, while strongly condemning Russia's military aggression against the Ukrainian people and its national sovereignty.

The sole reasonable solution of this crisis and human catastrophe can only be the immediate cessation of all acts of war as well as fair negotiations which bring peace back to Ukraine and allow all people who have been forced to flee their country to return to their homes as soon as possible.

As long as the present situation persists, we suggest to the members of the IAMF not to accept the presence, in any of their events, of official delegations, institutions or persons linked in any way to the Russian government.

Among the highest values of Mountain Culture we promote cooperation and dialogue. We learned this from our oldest partner, the Trento Film Festival, which in its first editions, a few years after World War II, welcomed filmmakers and climbers from all nations, without discrimination. That’s why we express our solidarity with the Russian mountaineering community and with their independent documentary cinema: we wish to continue working, talking and climbing with people who would never have wanted this war, like us.