One more year Bilbao Mendi Film Festival has in its activities the 'Days of literature, cinema and mountain in Gasteiz'

The conferences will be held from 16 to 18 November in the hall of degrees of the Faculty of Letters at the University of the Basque Country / EHU.

The 'Sixth Conference on Literature, Cinema and mountain and Mendi Kultur Symposium' will this year be entitled 'Discovering the mountains'. 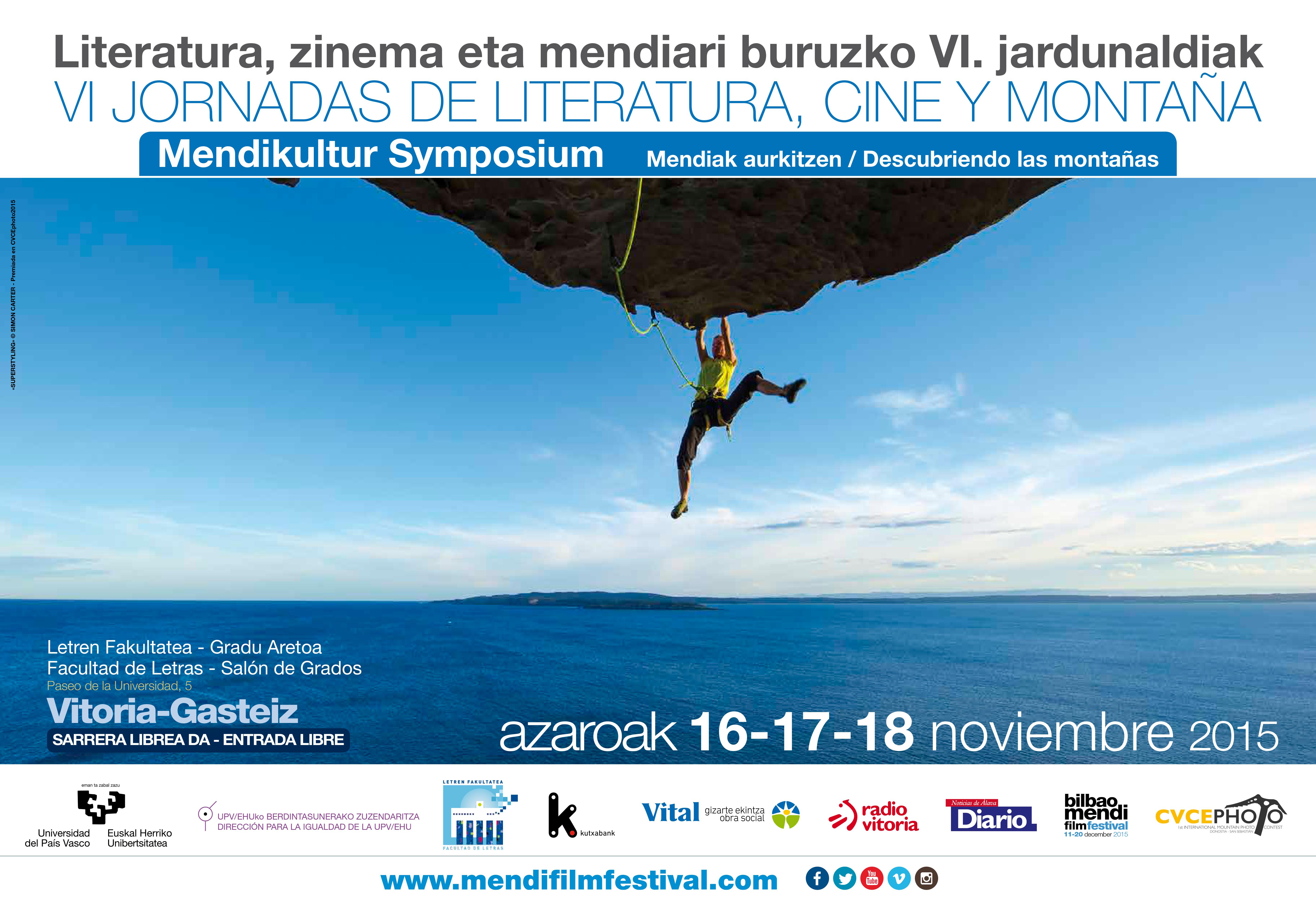 The warm reception of these conferences encouraged the organization to provide them with a more academic content from 2012. Thus the Mendikultur Symposium, which complements the more sporty and open nature of the event itself, emerged. Mendikultur is primarily aimed at the university community, while the days are intended to reach a wider audience than the college activities related to the mountain and its relationship with other areas of knowledge -such as culture, for example, cinema, literature and many other artistic expressions- and society.

The events take place in the afternoon, from 18:00 or 18:30 depending on the day, combining the viewing of films with lectures and debates, and generally by speakers with a more open projection: athletes, photographers, writers, institutional and professional representatives of the mountain with a more dynamic and direct knowledge of the medium, and that complements the more theoretical approaches of Mendikultur Symposium. This is more academic, though intended to be of interest to a not necessarily specialist public.

The lectures of this edition will develop the Tuesday, November 17, from 9:30 to 17:30. This year there are also several communications about women and mountains, and the Spain trail running champion in 2014 and 2015, Maite Maiora Elizondo, will take parte on them.

In parallel, the 2015 edition is accompanied by a photo exhibition entitled 'Alive Mountains / Mendi biziak'.This exhibition can be seen in the Faculty of Letters from 16 to 22 November. The photographs that compose it are awarded at the First International Mountain Photography Competition 2015, CVCEPHOTO, organized by the Basque Club of Camping Elkartea of Donostia-San Sebastián. The photographs in this exhibition reflect the vitality of the mountains combining aesthetics, nature and sport.