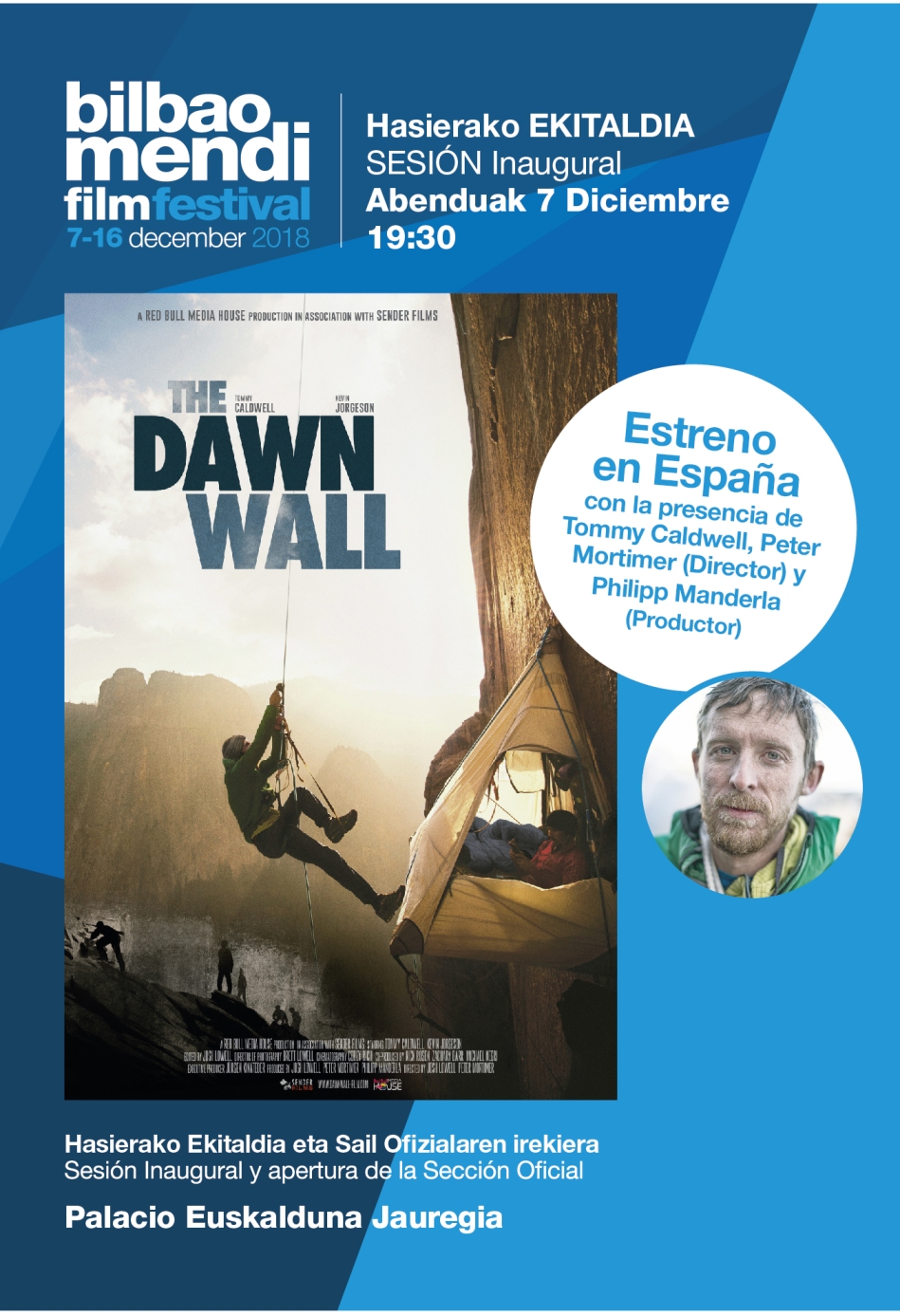 Bilbao Mendi Film Festival, which will be held from 7th to 16th December, announces its first big star of the Official Section: the movie The Dawn Wall and the presence of  its main character, the climber Tommy Caldwell.

The audience will have the chance to enjoy the Opening Ceremony of this 11th edition of the Mendi Film. Together with Caldwell, who will sign autographs for the audience after the screening, the film will be presented by Peter Mortimer ‒director, Sender Films‒ and Philipp Manderla ‒producer, Red Bull Media House‒.

In January 2015, Tommy Caldwell and Kevin Jorgeson conquered the Dawn Wall (El Capitan, Yosemite National Park). The news became viral on the internet. The movie The Dawn Wall tells us the whole story. The challenge was followed with passion by a global audience during the almost three weeks in which the two climbers conquered the most difficult wall in the world. When they got to the top after 19 days, the news spread like wildfire on the internet. A film crew captured every movement. Now, after three years, the film arrives, which not only deals with how this incredible wall was conquered, but also explains how obsessed Caldwell was with this project for seven years.

Next 7th December, this feature will be presented in Bilbao, full premiere in Spain. It is an excellent reason to open the main auditorium of the Euskalduna Palace and make 2,000 members of the audience enjoy the film and the presence of such special guests.

It will be part of the Opening Ceremony of this 11th edition of the Bilbao Mendi Film Festival. Upon such event, the programme of the following 10 intense days of the festival will also be unveiled. Once again, Bilbao will become the world benchmark for cinema and mountain culture.

Tickets are now available -discount included-, at www.mendifilmfestival.com and through the Euskalduna channels: online, at BBK multi-service ATMs, or at the box office.