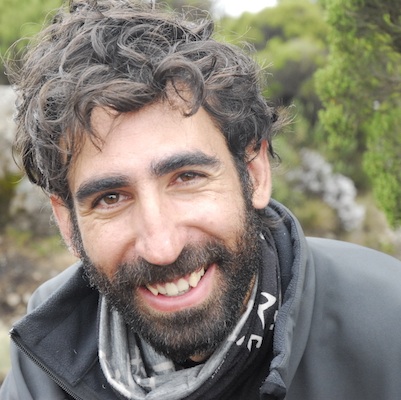 Protagonist of the 'Mendi Talk' 'Jugando a escalar' ('Playing to climb')

Dani Salas has known how to combine his passions as professional climbing and mountainering with film and photography. He started working as a sound engineer and cameraman in TVE for “Al filo de lo imposible” programme. After working several years in various production companies and projects, always linked to the mountain, travel, and cinematography, in 2010 he created Documalia, an audiovisual production that mixes the documentary with travels and mountains. He has received several awards, some of them are the best spanish film in Torello Mountain Festival f for "The end of the Loneliness" and the award for best sound editing for the film "El reto de Carlos Soria” in FESCINAT festival. He comes to Bilbao Mendi Film Festival to present his project “Jugando a escalar”.