It’s most certain that Catherine Destivelle would not have ever imagined that her first steps in climbing among the blocks of Fontainebleau, where her parents took her to play as a child, would take her. A sixteen she was climbing in Verdon. Her triumph at the first climbing championship in Bardonechia (1985) catapulted her into the world of professional climbing. Having surpassed the maximum degrees of difficulty, she switched to alpinism. Torre Del Trango, then her winter solo climbs among the mythical North Alps, the ascent of Shisha Pangma, just paved her way towards the most daring and audacious attempts on the majestic walls of the Himalayas. 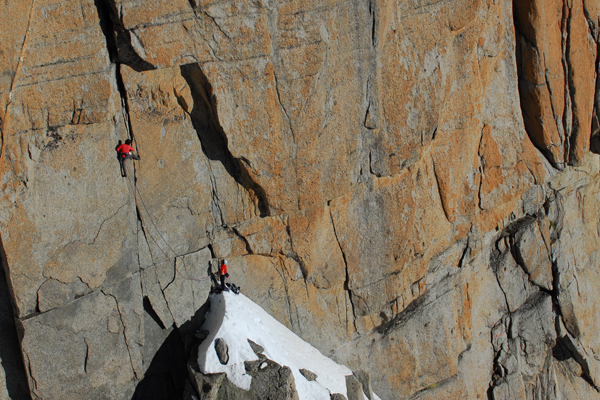