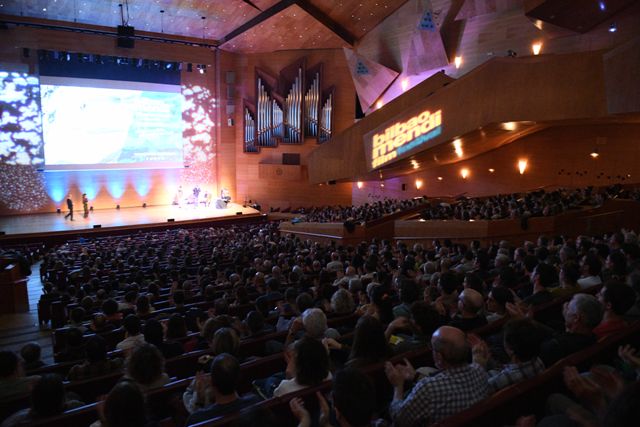 Bilbao, 17th December 2018. Mendi Film Festival closes its 11th edition with a historic increase. The mountaineering film festival gathers the most recent productions of this genre and its attendance has reached 12,008 people.

Genres such as mountaineering, extreme sports, adventure and nature are more and more attractive among mountaineers, but they also attract people who like good cinema, and enjoy an emotional and inspiring story.

Bilbao has hosted Mendi Film Festival since 2012 –Vitoria-Gasteiz hosted the first four editions‒. It is the most eagerly awaited event of the end of the year at the capital city, and the attendance rates are proof of it: 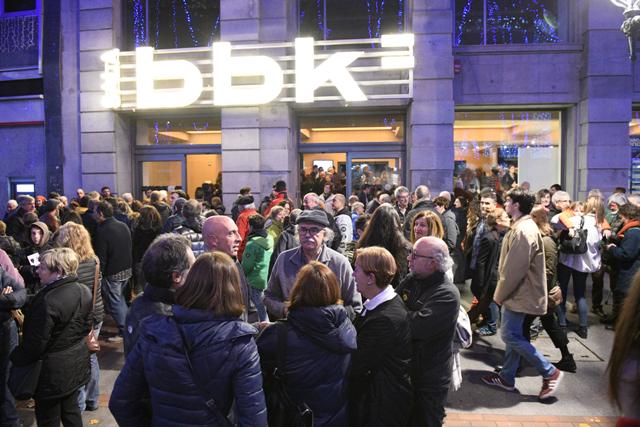 Mendi Film Festival starts its second decade of existence full of energy. The 11th edition has been spectacular, and dozens of athletes and filmmakers have joined the festival in Bilbao: 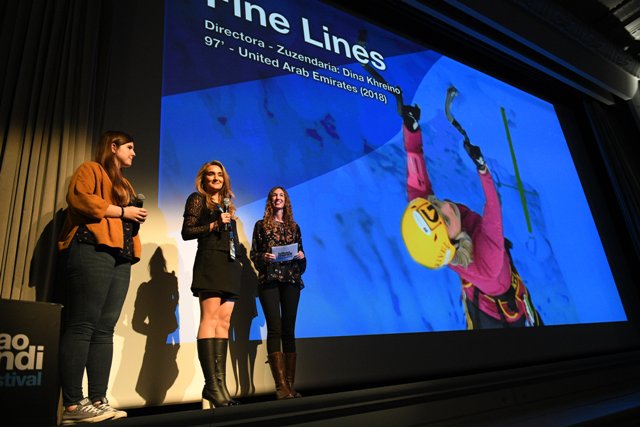 The festival has also held two memorable ceremonies to pay tribute to two important figures of international mountaineering: Juanjo San Sebastián, from Bilbao, received the 2018 WOP Prize, in order to acknowledge the transmission of mountaineering values throughout his career. The Austrian Kurt Diemberger, the eight-thousander photographer, has been awarded with the 2018 IAMF Prize for his support to mountaineering cinema.

The International Alliance for Mountain Film has held its annual meeting at Bilbao, during Mendi Film Festival. This Alliance is made up of 25 mountaineering film festivals from all over the world, and the last ones to join have been Krakow (Poland) and Telluride (EE. UU.), after they put themselves forward as candidates during the meeting at Bilbao.

In terms of audience attendance at the capital of Biscay –Sala BBK, Cines Golem Alhóndiga and Euskalduna Palace–, tickets were sold out at many screenings. That was the case at the Opening Ceremony at Euskalduna, where The Dawn Wall was screened. The main character Tommy Caldwell and the director Peter Mortimer presented the movie and 1,600 people packed the main auditorium. At Sala BBK and Cines Golem Alhóndiga, the sign ‘Sold Out’ had to be displayed numerous times.

Mendi Film Festival started selling tickets in June 2018, as the ticket offer pack became active during three different periods all the way until November, and almost all of them were sold out.

Thus, Mendi Film Festival closes a very prosper year. Apart from the positive balance of the festival in Bilbao, the great data from the circuit Mendi Tour have to be born into account: 14,400 people in the audience have enjoyed, from January until November, the best movies of Mendi Film Festival 2017, as those have been screened in 49 different towns from 13 regions of Spain: from the Basque Country to Navarre, La Rioja, Cantabria, Asturias, Galicia, Castilla y León, Madrid, Andalucía, Valencia, Cataluña, Aragón and Gran Canaria.

Overall, Mendi Film has reached the audience rate of 26,000 people in 2018. This entails a huge energy boost in order to face 2019, as the Mendi Tour agenda is already available and the dates for the next Bilbao Mendi Film Festival edition have been set: the 12th edition will be held from 6th to 15th December 2019.

Data from the 11th edition of Bilbao Mendi Film Festival