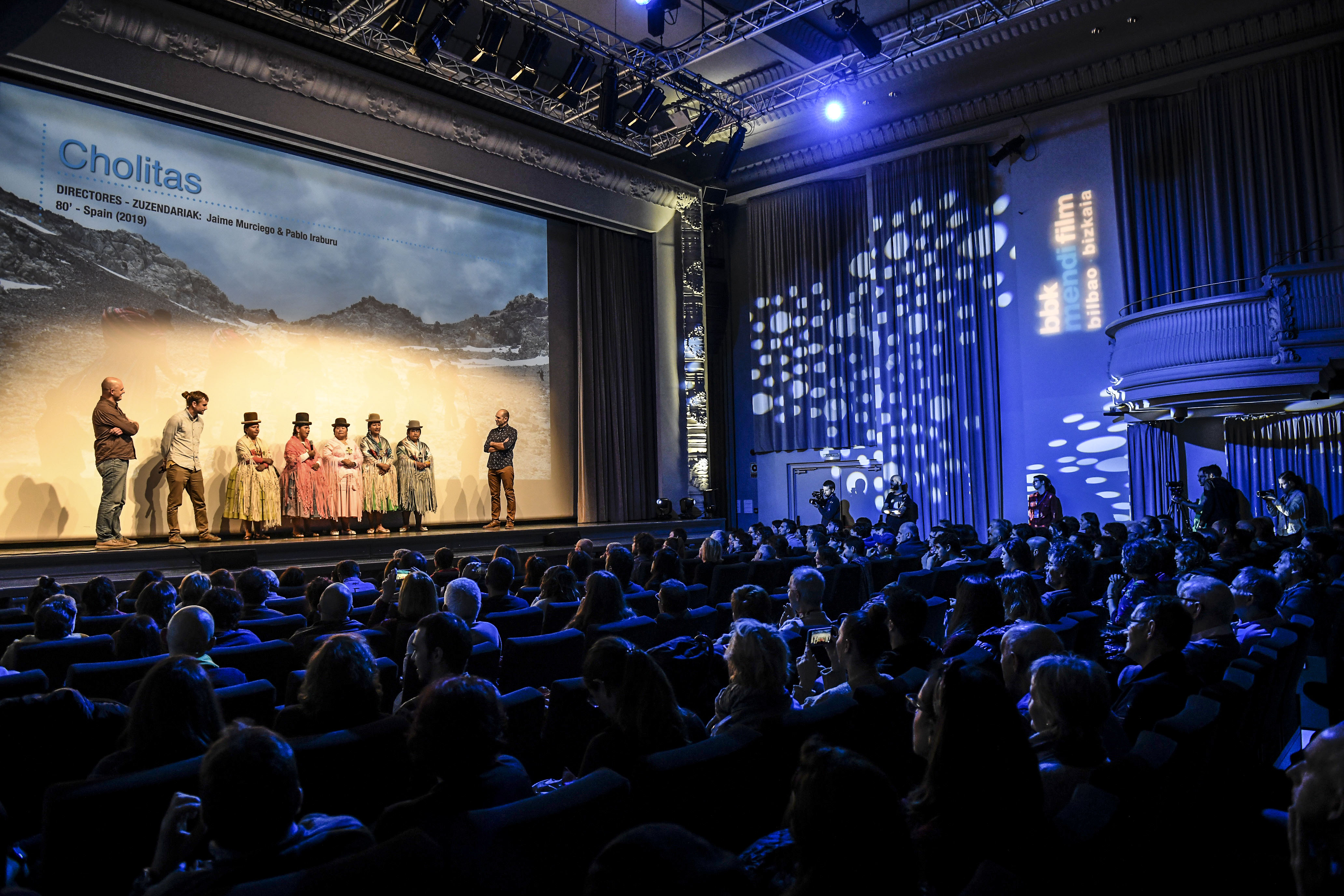 Bilbao, 16th December 2019. BBK Mendi Film Bilbao-Bizkaia, the international mountain film festival, puts an end to its brilliant 12th edition. Over the last 10 days, 12,360 people attended the screenings, setting a new attendance record and reinforcing its continuous growth for the last eight editions. The organisers are very happy with these numbers, but they particularly appreciate the quality of the films and events.

BBK Mendi Film and Bilbao are beacons in mountaineering, adventure, extreme sports and nature. And so it proves the evolution of its rates:

Furthermore, we must not forget the figures of Mendi Tour, the touring screenings that has gathered 16,000 viewers. Therefore, more than 28,000 people have chosen BBK Mendi Film in order to enjoy the best and latest mountain films. In 2019, the Mendi Tour has reached 50 cities in 13 different regions of Spain. Starting from the Basque Country, to Navarre, La Rioja, Cantabria, Asturias, Galicia, Castile and León, Extremadura, Andalusia, Valencia, Catalonia, Aragon, and Madrid.

Mendi Tour is the best showcase of the main event, BBK Mendi Film, a must-see in Bilbao in December. Its growth is constant and, now that it has already been confirmed in Spain, the festival is considered a well-established event of this field on an international level.

This year, 172 films from all over the world were submitted for the official selection of BBK Mendi Film Bilbao-Bizkaia. Only 60 made the cut ‒representing 13 different countries‒ on this 12th edition.

All in all, there have been 10 international premieres and 3 continental premieres.

Three memorable tributes were paid. Firstly, Italian Nives Meroi and Romano Benet received the WOP award, as an acknowledgement of their mountaineering career and the values transmitted over time. Secondly, the great Polish alpinist Jerzy Kukuczka was remembered on the 30th anniversary of his death.

In terms of attendance rates and the viewers’ profiles, most of non-locals come from other regions of Spain, especially during the first weekend ‒which is a bank holiday‒ and the second weekend. In terms of the gender of viewers, 55% of them were men and 45% women (in 2018, 60%-40%). But surprisingly enough, during the last four Non-Stop sessions, percentages were inverted, an 60% of attendees were women, whereas 40% were men.

For 2020, the BBK Mendi Film organisers have already started working on the upcoming Mendi Tour events that will start next January. The 13th edition of BBK Mendi Film Bilbao-Bizkaia already has a set date: 4th to 13th December 2020.

Data of this 12th edition of BBK Mendi Film Bilbao-Bizkaia